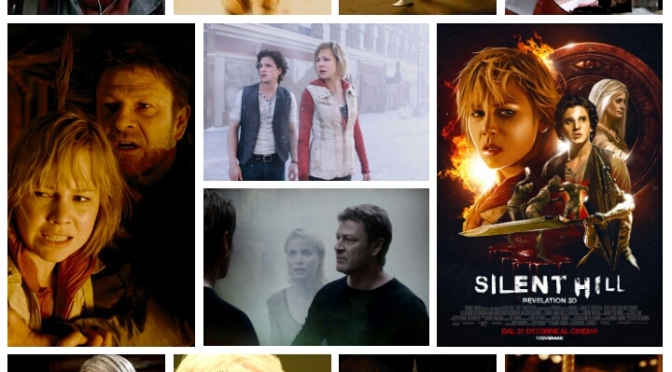 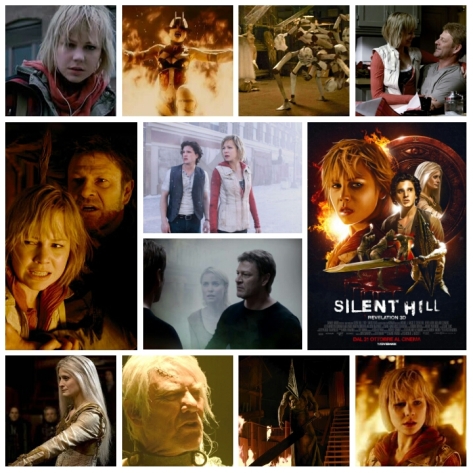 I’ll admit that Silent Hill: Revelation pales dimly compared to the first excellent film, and is kind of a slipshod mess, but it’s a lovable mess in my books, still a Silent Hill film after all, and kind of wins points just for bringing back some of it’s old cast as well a few newcomers. Silent Hill is one of my favourite horror films of the 2000’s, and I waited on this sequel like a dog, through production delays and distribution hell, and I think somewhere along the way I realized it wasn’t going to measure up, but nothing would deter me from seeing it. Well, it squeaked out onto Blu Ray and made a tiny splash on everyone’s collective radar, prompting terrible reviews. The story more or less picks up where the first one left off, if a few years down the road. Sharon (now played by Adelaide Clemens) and her father Christopher (Sean Bean returns) have been on the run for most of her teenage life, eluding the dark forces from the town of Silent Hill, which still linger and follow them. One day Christopher disappears, and Sharon is forced to confront her past (which she curiously has no memory of) and return to dreaded Silent Hill, assisted by a mysterious hunk (Jon Snow, who does know some stuff here, and more than he let’s on). Once she’s there it’s essentially more of the same, with abstract looking demons running about, a disconcerting tarantula made from spare mannequin limbs (shudder) scuttles aroind, that relentless fog permeating every alcove and street, as well as a new arch villain in the form of terrifying Claudia (Carrie Ann Moss, of all people), a matriarchal cult leader who creates all kinds of trouble for Sharon. We are treated to a brief ghostly appearance by Sharon’s mother Rose (Radha Mitchell cameo), the return of damaged soul Dahlia Gillespie (Deborah Kara Unger) Sharon’s birth mother and far more coherent this time around, and a bizarre special appearance by a blind, babbling Malcolm McDowell, whose part in the whole mess still escapes my comprehension. The 3D effects are odd and stand out in not so much of a good way, the plot makes little sense when compared to the first, and where the first was eerie, elemental and atmospheric, this one is clunky, rushed and nonsensical. But you know what? I kinda liked it all the same. One thing I really enjoyed is a very well done WWE smackdown of a fight between a souped up Moss and the infamous Pyramid Head, who pulls a T-101 here and actually steps in to save the day. It’s the one sequence that achieves that hellish, otherworldly aura which ran through both the games and the first film like an undercurrent, and as a rule. It’s too bad they decided to replace Jodelle Ferland with a badly rendered CGI dollface in scenes where that little brat Alessa shows up, the effects there are abysmal. Watch for Peter Outerbridge briefly as trucker Travis O’ Grady, a character from the games who I imagine would have gone on to star in a third film, which seems unlikely now. If you’re a fan of the first film, you may get a marginal kick out of this, or at least certain aspects, but only if you’re feeling generous. It ain’t all that.