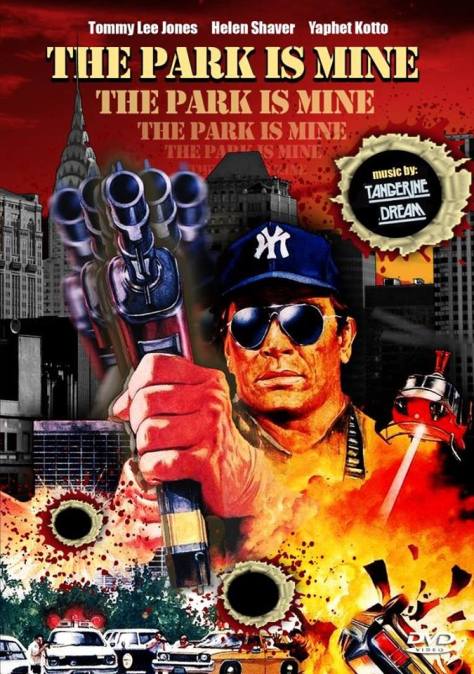 Don’t let this rather amazing one sheet fool you — this movie isn’t very good. In fact, it’s downright amateurish at times, crass all throughout, and totally not up to the psychological implications that the screenplay seems interested in exploring in the most juvenile of ways. But, due to the presence of a young Tommy Lee Jones and the central conceit of the narrative, there’s definitely enough to turn this into a bombastic and entertaining curiosity piece for some. This Canadian production was released as an HBO TV movie in 1985, and was directed by Steven Hilliard Stern, a guy with a laundry list of small screen credits, and basically plays like a riff on the First Blood scenario, but nowhere near as strong. Jones is a disillusioned Vietnam veteran who follows the meticulously laid out plans that have been left for him by his buddy who has recently committed suicide. It seems that his friend has rigged all of Central Park with explosives and booby-traps and has stashed heavy artillery all throughout, in an effort to take the park itself hostage, in order to raise awareness about the plight of the veteran and the horrors of war.

The over the top scenario is played straight, so as a result, the inherent ridiculousness shines through in nearly every scene. The action sequences do have a certain blunt effectiveness, but it’s just that the story is so absurd that none of it is ever remotely believable. And yet, it entertains in that “so-bad-it’s-good-when-it’s-late-at-night” fashion. Jones is commanding but the character is a total loose cannon and his decision to carry through with this daredevil plan happens so quickly as if to inspire chuckles. Throw in a macho mercenary subplot and evil city officials and you have all the ingredients for something that the Cannon Group mysteriously didn’t have their name attached to. Yaphet Kotto(!) is hilarious in a supporting role. Helen Shaver has a couple of ridiculous scenes as an aggressive reporter trying to score the story of a lifetime. Buried within the shoddy filmmaking lies a potentially potent allegory about battle stress and the challenging process of societal reintegration, but this was not a project to do any major emotional or thematic digging. Bizarrely enough, the film features the amazing sonic talents of Tangerine Dream. Based on a Stephen Peters novel. As I said upfront, the promotional artwork is better than the actual finished product. 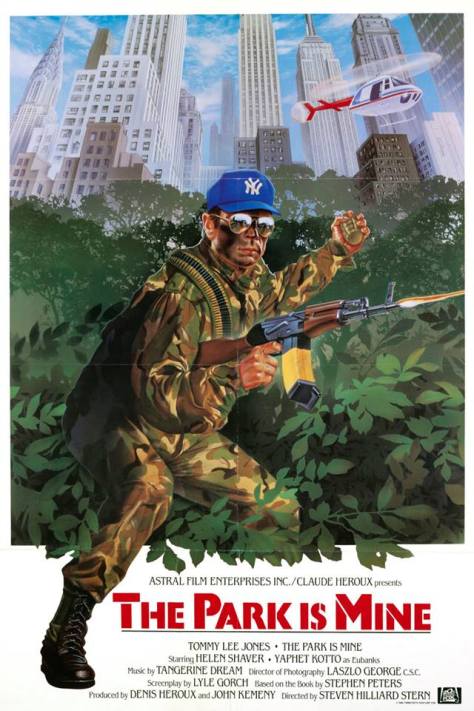