Wow. I had totally forgotten about the blistering and intense and raw 1991 undercover cop film Rush. It’s positively insane to think that this was the debut film for a filmmaker (Lili Fini Zanuck, wife of famed movie producer Richard Zanuck) and the ONLY(!) film that she ever made. It had to have been a personal choice not to direct again, because Zanuck displayed so much inherent greatness as a filmmaker that it boggles the mind to think that she only felt the need to direct one feature film. After this film the scripts had to have been piling in. From the opening stedicam shot all the way to the amazingly nihilistic ending, this is one of the best cop films I’ve ever seen, sitting right next to The French Connection and Narc as one of my absolute favorite genre entries.

Based on the novel by Kim Wozencraft and adapted for the screen by Pete Dexter (Mulholland Falls), this cut-from-reality suspenser stars an outstanding Jason Patric as an ultra-committed, morally ambiguous, and likely in-too-deep narc who recruits a young rookie (Jennifer Jason Leigh, absolutely fantastic in this film, conveying both naïveté and grit, sometimes in the same scene) straight out of the academy to assist him on long-lead undercover work. Their goal: Bring down a local Texas drug lord (musician Gregg Allman, exuding sleazy menace in a nearly wordless performance) by scooping up various scores from the underlings in the area, with the aim of mounting enough evidence to topple the local empire. The time period is the early 70s, and the two officers become romantically involved and hooked on the drugs they’re trying to take off the streets, and the film slowly becomes a story of addiction and withdrawal while still being a riveting policier with terrific twists and turns embedded into the believable and organic plot.

With a sensational score by Eric Clapton and featuring a slew of fantastic classic rock hits on the soundtrack, Rush possesses a druggy aroma and atmosphere at all times, especially through the use of the great music and the vivid, heated imagery from cinematographer Kenneth MacMillan (Henry V, Of Mice and Men), which makes smart use of space within the frame, and which relies on some extremely effective close-ups and camera placement for maximum dramatic effect. Sam Elliot, Max Perlich, and William Sadler all show up for memorable supporting turns, and the cast is generally filled with realistic looking druggies and sleaze-balls who all seem way too comfortable portraying these nasty people. The final, overwhelmingly awesome and powerful moments of this hard-core movie are the stuff that quickens the pulse and raises your internal core temperature. 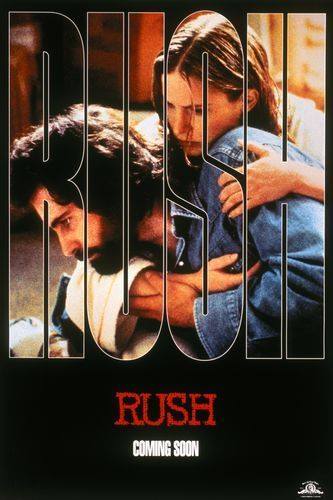 The film was a flop in theaters, grossing less than $10 million domestically, despite solid critical notices from Roger Ebert, Janet Maslin, Owen Gleiberman, Variety, and The Washington Post, to name just a few. It’s yet another film that was overshadowed by more “important” films at the time, and now that some years have elapsed and we’ve been given so few truly great cop films, it’s fascinating to look back at something as harrowing and disturbing as Rush, where a filmmaker took bold chances and told a gripping story about two fractured people who have an intensity that never lets up for one moment during the two hour runtime. And after watching Patric give a devastating performance in this film, his casting in Joe Carnahan’s Narc feels all the more inspired and meaningful. Kino Lorber thankfully released this neglected piece of cinema on the Blu-ray format last year. 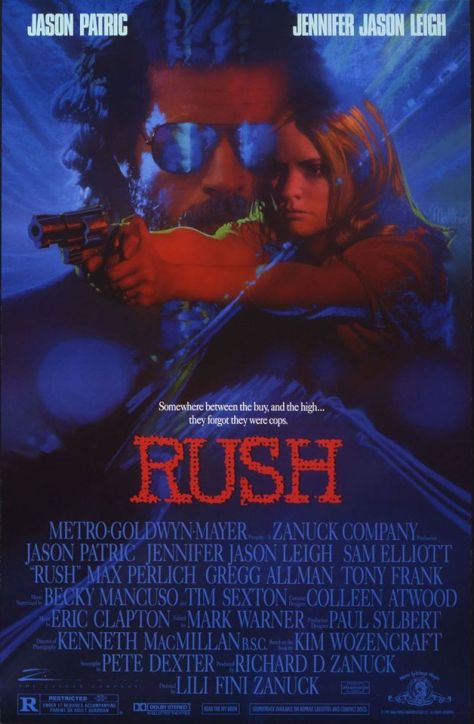