Cinderella Liberty is a potent 70’s drama with an outstanding performance from James Caan, displaying a warm and comforting side that was sort of rare to encounter consider all of the intense roles he gravitated towards. Marsha Mason, in her second big screen outing, was Oscar nominated for her emotionally complex role that might have been a total failure in the hands of a less attentive and attuned performer. Sensitively directed by Mark Rydell, the film was written by Darryl Ponicsan, who adapted his own novel, and centers upon a slightly shy sailor (Caan) on shore leave who meets and falls for the wrong woman (Mason), an unstable, pseudo-hooker who has a 10 year old bi-racial son at home, who is barely receiving any sort of traditional parenting. Caan feels something almost instantly for Mason and her son, despite both of their rough edges, and he works to better their lives in ways that may seem far- fetched to some, but to me, rang true because of how honest Caan’s performance was, and how powerful Mason delivered her big scenes, of which she has a few.

This being a product of the 1970’s, it doesn’t end tidy, there are off-color remarks galore in the funny and unpredictable screenplay, and there’s ample T&A on display considering the milieu (seedy Seattle, with bars and strip clubs being a major highlight). The final act has a plot point that will hit hard for some people, and at that point in the story, the narrative mildly shifts gears a bit and becomes an interesting portrait of people trying to put all of their pieces back together despite knowing it may be impossible to keep them in tact forever. Eli Wallach and Burt Young both delivered extremely memorable supporting turns. The score from John Williams is jaunty and pensive in equal measure. Netflix carries the DVD for rental-at-home customers, and the older transfer still does a fine job showing off Vilmos Zsigmond’s appropriately dark and grubby 2.35:1 cinematography, filled with glorious grain and period filmic look. I love when movies were shot on Eastman Kodak celluloid! Cinderella Liberty is also available as a streaming option via YouTube’s HD rental service, and is also available to stream via Amazon. 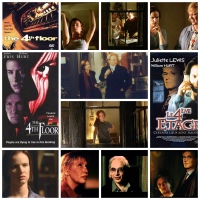