A hyper stylized crime procedural that introduced the world to Hannibal Lecter, Michael Mann’s outstanding mood piece, Manhunter, is one of the more thoughtful entries into the serial killer genre.  Featuring Mann’s trademark visual flamboyance. memorable performances, and a brooding script, this is a film that bleeds cool from its somber opening to it’s unforgettable climax.

Will Graham is an ex FBI profiler who retired after suffering a mental breakdown as a result of apprehending notorious murderer, Hannibal Lecter.  He’s recruited by his former mentor Jack Crawford to assist with a new serial killer, dubbed The Tooth Fairy who is preying on entire families.  The reluctant Graham enlists Lecter’s aid in catching the killer, which initiates a bloody cat and mouse game in which Graham’s family comes into harm’s way, forcing him to confront the psychological horrors of his past, setting up a chilling moonlight showdown in which the line between harrier and quarry are dangerously blurred.

Mann cast William Petersen as Graham after seeing his performance in To Live and Die in L.A.  Petersen’s portrayal has a subtle restraint that is immediately engaging.  He’s human and he’s hurting, victimized by the ghosts of the ones he couldn’t save and the audience pays the price for his emotional torment, following his quietly growing obsession with eagerness.  Mann’s typical central archetype is the brooding outsider, and Petersen takes this rote concept and unleashes a melancholy knight errant, cruising the blue neon highways of the night searching for an evil that he already knows will shred the fibers of his soul, and yet he’s morally unable to stop the pursuit.

The always formidable Tom Noonan supports as the killer, bringing his well known soft spoken and disturbing persona to bear.  Dennis Farina, Kim Griest, and Joan Allen round out the cast, each of them portraying flesh and blood influences on the two central players.  Underrated legend Brian Cox stars as the first screen incarnation of Hannibal Lecter.  His performance is organic and dangerous, giving Lecter a level of realness that is both unsettling and a perfect representation of the demons that Graham carries in his subconscious.  One the strongest aspects of this film is how understated it is, despite the visuals and the talent.  Cox’s Lecter is obviously a monster, but he subsides with wit and malign rather than the grim etiquette that would later make the role famous.

Mann spent years writing the script, spending time with law enforcement and corresponding with a convicted serial killer.  Underneath Dante Spinotti’s blue tinged cinematography is a laconic rumination on the price for facing the monsters.  The cop jargon is real, replete with gallows humor and the undeniable compartmentalization of those who wear the badge.  The violence, particularly the aftermath, present in Jack Blackman’s art direction, is so visceral that the viewer can feel the congealed blood on their shoes.  Richard Keefe’s editing frames every scene so that the focus remains on the emotional content, using Spinotti’s jarring angles and off centered close ups to bolster the suspense, creating a delirious prison in which violence is the only escape.

The Reds, Shriekback, and Mark Rubini composed the score, giving Manhunter a dichotomy of synth ballads and pulsing rhythmic tones that awkwardly oppose the intensity, mirroring Mann;s treatment of the material.  The unthinkable violence is approached from a distance, easing the viewer into the madness at the heart of Graham’s world, a place that most civilians wouldn’t dream existed,and yet the viewer is helplessly entranced by the harmonic symmetry in every scene.

Available now for digital rental, on HBOGO, and on a crisp blu ray release by Shout Factory, Manhunter was a critical and commercial misfire upon its debut.  Thankfully, over the thirty years since its release, critics have returned to it and recognized it as one of the most artistic studio pictures of the 80’s.  A heady detective story with more flash than resonance, Manhunter is a one of kind film from one of the best directors working today.  If you’re interesting in seeing an underrated take on one of the most infamous characters in fiction and a truly indulgent crime thriller, Manhunter will not disappoint. 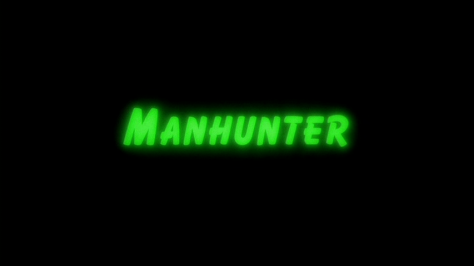