Scott Cooper’s sophomore film Out Of The Furnace follows Russell Baze (Christian Bale) through the empty, broken down streets of Braddock Pennsylvania like a lonesome ghost. He works in the local steel mill where his slowly dying father once worked, using what little money he makes to pay off his brother Rodney Jr.’s (Casey Affleck) gambling debts to sleazy local bookie John Petty (Willem Dafoe), all the while trying to maintain a relationship with his girlfriend Lena Taylor (Zoe Saldana). That all comes crashing down when Russell gets into trouble with the law and spends the next four years in prison, getting periodic visits from Rodney with updates on the state of their father’s health, Lena, and Rodney’s own exploits overseas in Iraq. Both men are broken and trying to keep it together for the sake of each other.

In due time Russell is released back into Braddock, the once thriving city on the verge of death with the mill soon to be closed. Things are different now for Russell, the times have changed, people have changed, and he has no other choice but to suck it up and trudge forward into the unforeseeable future. Rodney has picked up a deadly new habit, bare knuckle boxing, his way of violently paying off his debts to Petty before the stack gets too high. Russell tries talking him into a “normal” job to no avail; after multiple horrific tours of duty in Iraq, Rodney has been left shaken, twitchy, and is a mere shell of the man he once was. All that seems to be left is violence, anger, and undying love for Russell. Rodney begs John Petty to get him into bigger fights in backwoods New Jersey, dirtier, bloodier fights held under the watchful eye of local sociopathic hillbilly Harlan DeGroat (Woody Harrelson).

By this point in a standard issue revenge thriller, Rodney would have been long dead, but Cooper wisely makes the decision to give us time to settle into this world, and come to understand characters who feel like people, and not just cardboard cut outs. That the latter half of the movie devolves somewhat predictably into the same kind of movie it was previously avoiding replication of, is a disappointment. However, what does occur is given room to breathe. Cooper might be following the tropes of the genre, but he at least has the sense to let it unfold slowly and organically. Very little feels forced.

Things quickly turn ugly for Rodney and Petty, and when both go missing, the local law led by sheriff Wesley Barnes, exhausts all possible means in an attempt to find the pair, but can only go far because law enforcement lives in fear of DeGroat’s brutal reign of the area, and the fact that it’s outside of Braddock police’s jurisdiction doesn’t help matters either. So Russell and his uncle Red (Sam Shepard) cautiously take matters into their own hands the only way they know how.

Christian Bale delivers his most believable performance to date, fully embodying the heart and soul of Russell Baze, right down to the slightest nuances and subtleties of the man. He’s a truly masterful actor, strutting his stuff in such low-key fashion that because of the deep naturalism, rawness, and intense realism he imbues, within the first few minutes it stops feeling like a performance. It becomes, real, as Russell battles his inner demons and carries the weight of the world on his lean shoulders right up until the final frames fade to black.

Woody Harrelson knocks it out of the ball park as Jersey backwoods hillbilly sociopath Harlan DeGroat, topping his wildly over-the-top performance as Mickey in Oliver Stone’s Natural Born Killers. If you thought Mickey was a bad dude, wait until you watch DeGroat force a hot dog down the throat of a woman at a drive-in movie theatre in the films unnerving opening sequence. Harrelson has an uncanny ability of inhabiting even the most repulsive of villains with some semblance of humanity, and toward the end of the film does so with nothing more than an all-knowing expression upon his face and burning in his eyes as he delivers a couple heartfelt lines.

With this performance, Casey Affleck shed the boyish light his previous performances have always been garnished with, trading it in for a toned body and volatile outbursts of pent-up rage. He gives the more energetic performance of the two brothers, effortlessly capturing Rodney’s broken down mannerisms. Forest Whitaker, Willem Dafoe, Zoe Saldana, and Sam Shepard each provide the right amount of nuance and naturalism to their perfomances that blend evenly with their bleak surroundings and the trio of astounding lead performances.

In a scene near the midsection of the film, Russell and Lena have a conversation on a bridge about their future after Russell has been released from prison. Despite Russell’s plea to make things right between them, Lena cannot commit to him anymore because she’s carrying Barnes’ child. In a moment that ought to shatter even the hardest of hearts into a million pieces, Russell congratulates Lena, assuring her she’ll be a good mom amidst tears from both of them. This scene assuredly carries the finest moments of acting we’ve seen from Bale and Saldana to date.

The cinematography by Masanobu Takayanagi (The Grey) is impeccable, capturing beautifully and quite often starkly, the dreary and dirty grit of Braddock, the crispness of the violence, the cold bitterness of the dialogue dripping from the tongue of the people inhabiting the film. Scott Cooper directs this film with ease, honestly and authentically capturing the bleak essence of the dying town, the harsh realities of the effects the economy is having on the people, and the brutality that is the violence that twists their worlds upside down in the blink of an eye. 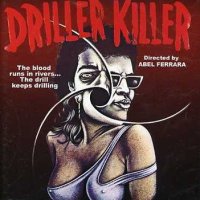