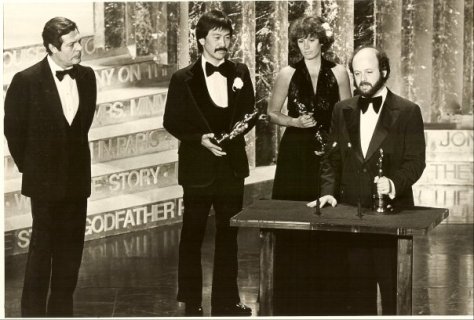 It is impossible to convey to those who weren’t there when STAR WARS was new – what it used to be like. For the third time since my existence began, I find myself faced with the end of yet another trilogy – the end of the Skywalker saga . . . ?

So it was with incredible nerves thundering tremulous throughout my body, that I sat down to talk with the man, and I want you to really think about this, who cut the scene in which Luke and Ben Kenobi discover the message hidden in R2. He cut Luke’s run, part of the final assault on the Death Star. He is even the man who suggested to George Lucas that Vader’s lightsaber be red and Obi-Wan’s be blue. As a STAR WARS fan . . . think about that. Think about the contributions of Paul Hirsch on the images that permeated our dreams and in some cases . . . shaped our destinies. 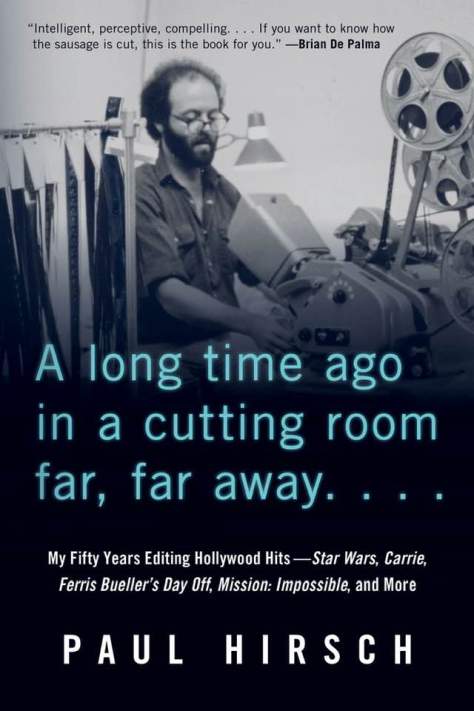 On the eve of the Rise of Skywalker, it was a trip indeed to speak to and the read of the cinematic legacy of Mr. Hirsch. With his book A LONG TIME AGO IN A CUTTING ROOM FAR, FAR AWAY, Paul takes you back in time to a place when editors held the iconic images that flash before us on the silver screen…between their fingers.

My beloved Empire Strikes Back. Yes Paul came back for the sequel, but this is not merely an ode to the realm of Jedi’s and Rebels – it is a look inside the mind of a skilled craftsman of his art, and the journey which saw him mingle among the mighty company of the heavyweights of that last glorious era of Hollywood . . . the 70’s.

In a time when the men we would come to define as masters began their adventures in the screen trade: George Lucas, Steven Spielberg, Brian De Palma (with whom Paul cut frequently), Francis Coppola – oh, what a time. And it is not only the holy trilogy that has passed beneath the keen eyes of Hirsch – the work of other magnificent filmmakers like John Hughes, Joel Schumacher, George Romero,Herbert Ross, and Charles Shyer have all benefited from Paul’s expert touch.

It took George’s clout to get him into Kubrick’s editing room. James Cameron boasted to him (referring to Titanic) that he made more money than the ‘WARS’ and didn’t have to make a sequel. He cringed at the idea of editing the helicopter sequence in Apocalypse Now for six months when Francis suggested it . . . yes folks . . . the cinema that has moved us to tears and had us on our feet cheering, has been before the eyes of my guest. And may the force be with him . . . always. 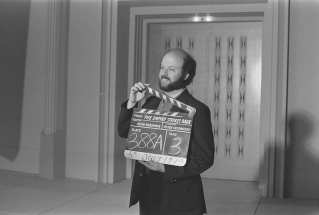 Ladies and Gentleman, please seek out the book, but until you do join me and Academy Award Winner . . . Paul Hirsch.