It would be easy for me to simply sit here and wax lyrical about my love of SHARKNADO okay – real easy. But to do that does a disservice to one of the major components of its success, and that comes in the form of the director at the helm of the franchise; (now moving into its 5th installment) the dynamic Mr. Anthony C. Ferrante. 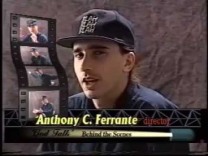 It was 2014. I was at work on the sequel volume to an anthology whose content was the collected author’s visions of their ultimate B movie. Anthony was prepping SHARKNADO 3 at the time for release. Still, I managed to get a hold of him to write the foreword for that book, and subsequently, the release of the book and SHARKNADO 3 fell in pretty close succession. 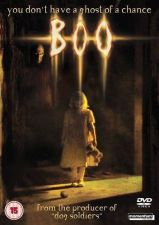 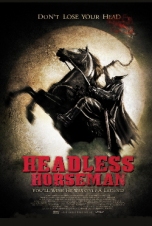 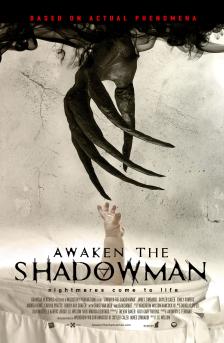 The desire to make movies and equally the passion for them, strikes one out of the blue. Anthony was not yet in his teens when that voice inside us all called out to him, and from that point forward, he knew making movies was exactly what he was going to do.

Now like I said earlier, to simply classify him as the SHARKNADO GUY, is to be completely unjust. Anthony is a renaissance man of the highest order. This writer, director, producer, sometimes actor, make-up effects artist, songwriter, comic book author – the list is longer than the list of cameos in the SHARKNADO franchise thus far.

But as you will hear, some of the best training Anthony received during his journey, was while writing for the likes Fangoria and Cinescape Magazine. For it was during this time that he was tasked to cover films being made in the local area. So he found himself hanging out on the sets of movies and getting to witness first-hand, all the stuff they don’t teach you in film school.

It was this and the do-with-what-you-got attitude he cultivated while making his early films in his hometown that has enabled him, or perhaps, weaponized him for the career he has enjoyed and one that continues to flourish. It is this shooting-from-hip type filmmaking that lends his work a frenetic energy. Fittingly you might say, he is the right man for the job at hand when it comes to the wild, bombastic and beloved lunacy that is the SHARKNADO franchise.

But beneath that,  I think we are witnessing a great filmmaker on the rise. A man whose talent and skill will I hope be utilized to its full potential. Anthony C. Ferrante may indeed be the antidote these tired, Hollywood tent-pole movies are sorely lacking.