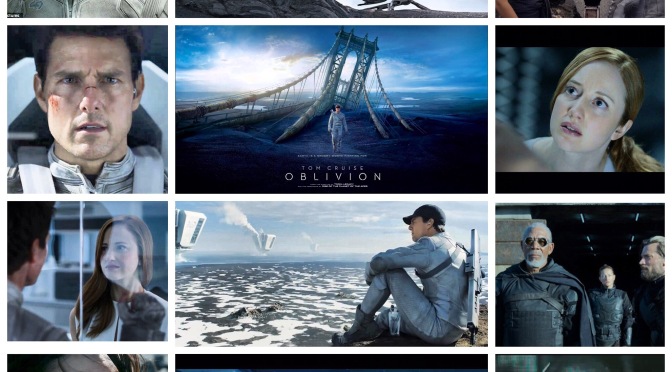 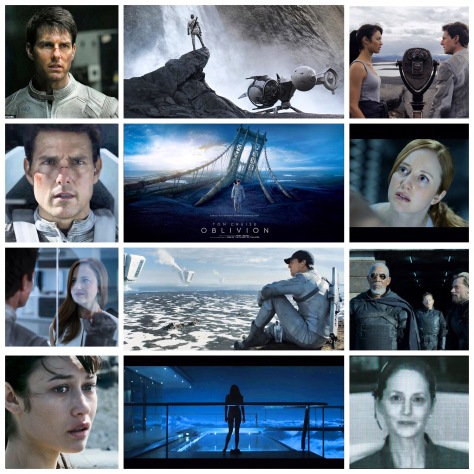 Joseph Kosinski’s Oblivion is slightly flawed Sci-Fi heaven, a film that could have easily been perfect if it weren’t for a few snags, chief among them being over-length and lack of clear plotting. There’s so much going on in the realm of visual and auditory stimuli though that one can let oneself just get wrapped up in the pure music video style rhythm of it. Speaking of music, the film only really exists to serve the absolute banger of an electronic score from M83, a gorgeous album packed with sonic synths, beautiful thundering beats and celestial interludes complete with angelic vocals from Susanne Sundfor. Kosinski pulled a similar stunt with Tron: Legacy, hiring Daft Punk to whip up a soundtrack that outshines the actual film itself, and while that’s certainly the case with Oblivion as well, there’s much fun to be had in other aspects, particularly visually. Tom Cruise is Jack, steward and caretaker of a small piece of the earth’s surface after an alien ambush forced most of the human race to run off to one of Jupiter’s moons. Collecting data and doing routine scope checks on his sleek hover bike, he’s a curious fellow who begins to see the lapses in logic and believes there’s something else at play other than survival, a notion that his partner (Andrea Riseborough) and dispatch handler Sally (a sly Melissa Leo proves that one can still be effective when skyping in one’s performance). Jack is haunted by visions of a beautifully mysterious girl he’s never met (Olga Kurylenko) and pursued by dangerous surface dwelling scavengers led by Morgan Freeman and Jamie Lannister. The film’s story is a cool one indeed and has a whopper of a twist, but the pacing and exposition just can’t seem to get itself out of a slight muddle and impart these events to us in a clear, unhindered fashion, a kink that no doubt could have been worked out with a little more time spent in the editing room. The aesthetic production design is a wonder, calling to mind everything from Half Life 2 to Portal while retaining it’s own unique, modernized look (I want that glass sky pool/deck so bad). It’s all about that score though folks, and it’s an album for the ages, bringing to life a film that otherwise just wouldn’t have been as memorable.