The Alphabet Killer is a silly one, a stone-serious account of some serial killer out there that tries to go the route of straightforward, down to earth fact tracking, and then deliberately messes up it’s own tone by tossing in cheap, ineffective ghostly gimmicks that seem so out of place one wonders if the editor accidentally spliced in frames from an episode of Supernatural or something. The film would have been something pretty decent without those jarring schoolyard level scare tactics tossed in, but I guess shit happens. This is very, very loosely based on an actual set of murders over in Rochester, NY, but what actual similarities to that case we see here is beyond my knowledge and, I suspect, pretty scant. What we get is Dollhouse veteran and cutie pie Eliza Dushku as a determined cop, hunting a killer of children all over upstate New York, while an impressive load of a character actors make slightly unnecessary yet well acted cameos, if only to pad the pre credit billing on the DVD cover and boost rentals. Tom Noonan, who has a running theme in his career of playing exactly the type of beast she’s tracking here, switches it up to play her stern Police Captain boss. Michael Ironside briefly plays a belligerent small town sheriff who withholds information gleefully, Bill Moseley as a reformed sex offender who’s tagged as a suspect, Timothy Hutton her wheelchair bound scholar and consultant buddy, as well as Cary Elwes and Melissa Leo. None of these actors do much but show up for a minute or two to make their presence known, and recede into the frays of supporting plot, until it’s time for one of them to resurface as the killer in the third act, the end of a whodunit guessing game we’ve seen countless times over. It wouldn’t be such a tiresome thing if they left out the spooky-dooky stuff, but there you have it. The film’s otherwise fascinating, earnest docudrama style is somewhat ruined by the occasional presence of moaning, white eyed spectres of murdered children that leer out at Eliza like minimum wage kids doing weekend shifts in the haunted house at the local county fair. Shame. 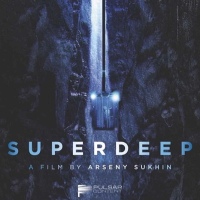 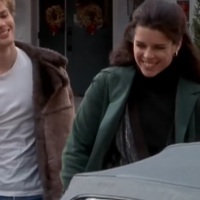