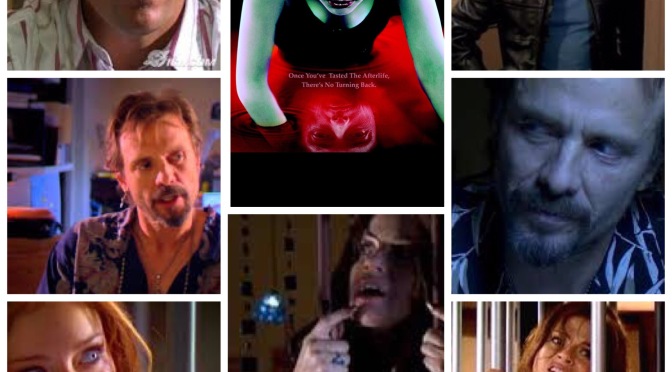 The Insatiable, like droves of other vampire flicks, attempts to cover new ground and build on established formulas to create something memorable, and despite having the direct to video stigma working against it’s notoriety, works pretty well for the most part. Sean Patrick Flanery plays a timid fellow who, after being targeted by a sexy, devilish bloodsucker (Charlotte Ayana), seeks help anywhere he can, broadcasting his predicament via HAM radio (maybe not the most effective outlet) to anyone who will listen. It just so happens that there is a grizzled old vamp hunter out there played by Michael Biehn, a jaded hardass who’s just waiting for signs of these creatures. Ayana likes to play with her prey, and taunts both of them throughout the film in some amusing cat and mouse games, forcing Flanery to great lengths of survival including building one hell of a cage in his basement to trap the bitch. The material is treated mostly head on with just a smidge of smirking deadpan, especially in the sly ending. Biehn is awesome as the cranky, high strung vamp slayer, really having fun in the role. A fun, if slight little flick.