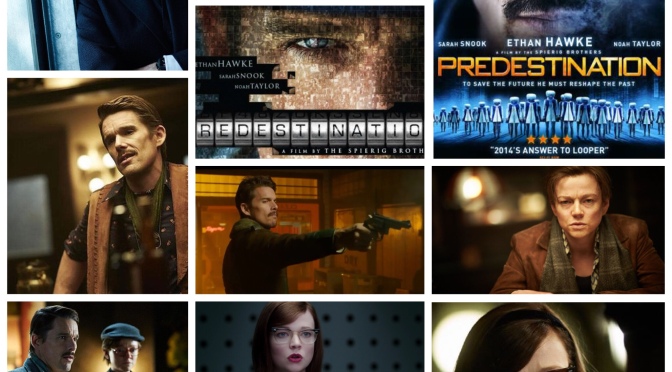 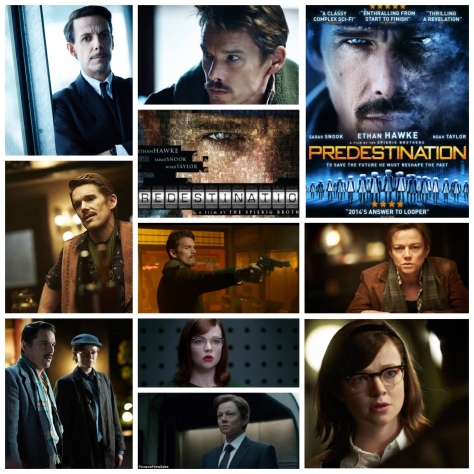 It’s tough to say much about Predestination without giving away the tantalizing, thinking man’s dream of a story, but I will say that I’m sorry it flew under my radar until now, because it’s one of the most thought provoking, intelligent and wicked sharp films to come along in decades. There’s a special place in my collection for each and every movie in the time travel sub-genre, I love those thematics to death and imagine my surprise when I finally caught up to this one two years after it’s release and discovered it’s my favourite in the genre by a mile. Innovative. Beautifully made. A guessing game for the ages. Plot revelations that glue your jaw to the floor. Two staggering central performances from Ethan Hawke and mesmerizing newcomer Sarah Snook. Hawke plays a temporal agent working for a mysterious handler (Noah Taylor doing an even slier rift on his Vanilla Sky character), his job being to jaunt through time and stop murders before they happen. If that sounds generic, familiar or a path well trodden, therein lies the irony because it is anything but. Any preconceived notions of a flashy, slick thriller will be decidedly dismantled once you chow down on this beauty of a story, unwrapping each twist and turn of the narrative like a present. Hawke is an actor I never used to take seriously, I always just thought of him as the kid cop from Training Day. He’s surprised me in recent years though, deliberately picking fascinating scripts and knocking it well out of the park with his performances. Sarah Snook is an Aussie up and comer who does an absolute encore here in a heartbreaking, multifaceted performance that should have gotten her awards recognition. This is the first film on record to tackle some previously taboo subjects regarding the concept of time travel, ideas that everyone has no doubt thought about but Hollywood has been too chicken to explore thus far, so props to these storytellers. Also, if you thought time travel flicks were elliptical and paradoxical until this point, you ain’t seen nothin’ til you’ve seen this one. It’s also just a brilliant, emotional, daring story told in a soaring cinematic fashion that stirs thoughts and pulses throughout.