In this week’s Critics’ Corner, Kyle and Ben talk about John Huston’s classic, The Treasure of the Sierra Madre, the Warner Brothers classic which screened recently in theaters for its 50th anniversary.

BEN: I was glad I had the opportunity to see this film on the big screen. I loved the characters and their gritty settings, which lent a realism to their down and out status. I loved the fact that Humphrey Bogart wouldn’t let his character get swindled.

KYLE: Paul Thomas Anderson repeated watched this film while he was working on There Will Be Blood.  I think you can see a lot of both Huston’s influence and Bogart’s legendary performance in the DNA of PTA’s masterpiece.

BEN: What makes John Huston’s adaptation of B. Traven’s novel is the struggle the characters went through to get to the treasure. The story treats their struggle as an adventure, something we don’t see much of today. But when you look at the amount of treasure they managed to get, the amounts don’t seem like much. That’s probably because we tend to think of gold in bars, not dustings like the film portrays.

KYLE: Agreed, it is the Pyrrhic nature of the story that makes its such an important film.  This is an analysis of not only he debilitating effects of greed and paranoia, but also a fable-esque morality tale on the perils of self-centered apathy.  Dobbs’ entire arc is also intriguing, as he is easily the darkest of the central trio.  It’s difficult to root for him because he’s morally compromised from the jump, however as the final act begins, Bogart’s flawless performance subconsciously builds empathy with the audience.

BEN: It was obvious that this was Humphrey Bogart’s film. As Dobbs’ he makes such a strong case for why he was a leading man. His look was always the same, but his eyes always sought out adventure, and friendships. Which is why Tim Holt as Curtin was a good match for him. They both carried off their respect for one another as partners, but they didn’t necessarily trust each other. And that’s where I felt Walter Huston as the old prospector, Howard was a good third party. He had been in the hills before, he knew where to find the treasure. And, technically he did so twice.

KYLE:  I’m glad you brought up the trust angle.  I think that is probably my favorite aspect of the film, outside of Ted McCord’s brilliant cinematography.  The setting of a lawless land, populated by rogues is then distilled through three personalities at the center, amplifying the feeling of uneasiness that runs through the heart of Treasure.  The dynamics of trust and betrayal that pervade the bulk of the narrative have quite simply, never been outdone without drifting into satire or melodrama. 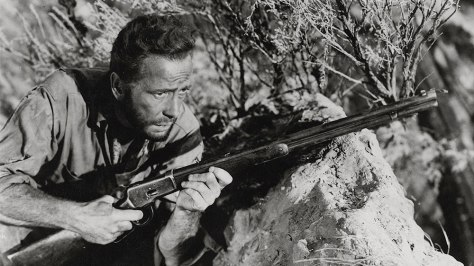 BEN: The last act truly represents the fulcrum of the triangle started by Dobbs. As a flawed “ideas man,” it was his initiative, and his business sense that allowed them to start the journey. Without Curtin, we wouldn’t have our conscience to guide us, and to keep our compass straight. And, without Howard, we would never have had a journey to go on.

KYLE: That’s a great observation.  In some ways, whenever I view No Country for Old Men, I’m reminded of this, mostly because of the trio of male actors at the center, with each of them representing different aspects of the narrative. 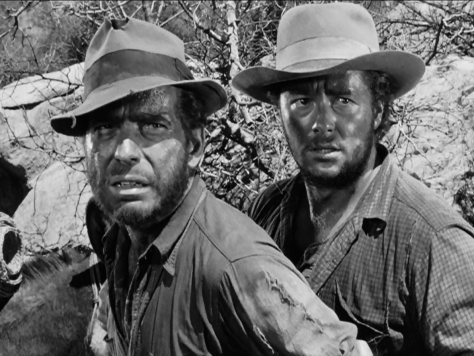 KYLE: He also won for director.  Really a once in a lifetime situation.

BEN: They say flattery is the highest form of honor, especially when it comes from Mel Brooks.

Here is the original scene:

Here is the homage:

BEN: I had a blast talking about this one, Kyle. 50 years later and the film is still so remarkably strong for its message and its characters. Until next time! 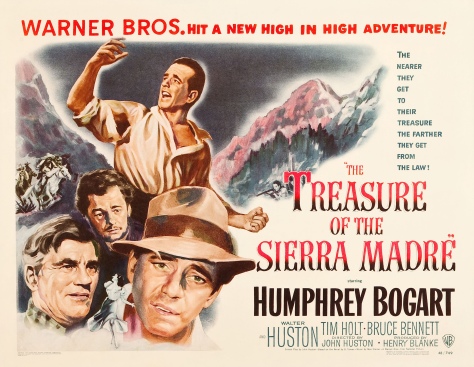