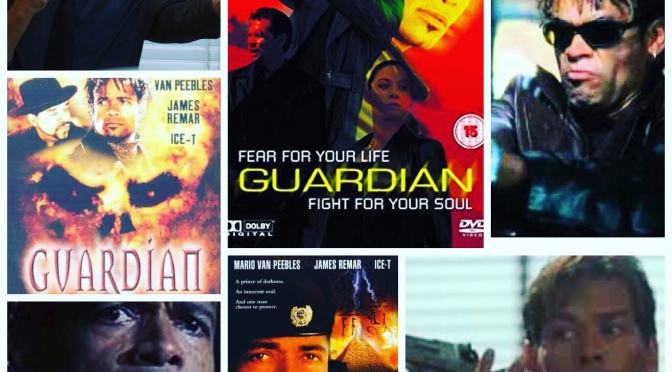 Guardian falls squarely into the ‘ancient relic B flick’, a well worn path in which some obscure archaeological dig unearths a crazy evil that plagues everyone and causes a monumental ruckus, or in this one’s case, a laid back low budget ruckus. The incident here happened during the Gulf war, in which special forces badass Mario Van Peebles witnessed something escape a tomb, something that’s now reared it’s head years later in inner city LA, and he’s now a detective who has to deal with it, assisted by his partner (James Remar). The beauty of making your antagonist a shapeless, invisible identity that takes over human hosts and jumps from person to person is that special effects aren’t even required and you can stay within budget restrictions (I imagine that was on Gregory Hoblit’s mind for Fallen, and he was able to save a few bucks for the wicked cast he scored) which in this film’s case is a concern that was probably paramount, this is about as scantly funded as they get. It’s scrappy, atmospheric and works well enough for something like this. Remar is underused for the first half as the classic wise-ass sidekick, until the demon jumps into him and we get to see some of that classic Remar menace take the controls from Peebles’s moody cop, he’s a guy I never saw the point in having as your leading man, the necessary amount of charisma just isn’t there. This actually makes a great Remar/Peebles double feature with another obscure horror called Blowback, in which cop Mario is hunting down crazed serial killer James. I’ll get to that one eventually. Oh yeah, Ice T has a small role as a gangbanger here too, almost forgot about him.