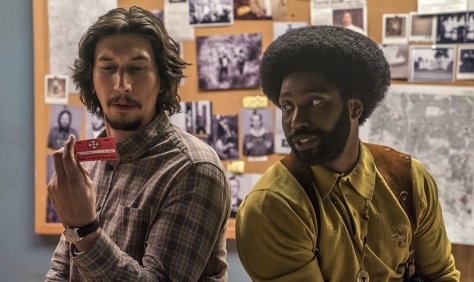 Spike Lee’s return from the relative wastelands of Hollywood hired gun director culminates with his latest film, the extremely timely and satisfying BlacKkKlansman, based on the true story of Ron Stallworth. The first African American officer to join the Colorado Springs Police Force in the 1970s, he somewhat inadvertently stumbled into an undercover operation into a small but dedicated batch of Ku Klux Klan members.  As Stallworth himself told it at a special screening at the Alamo Drafthouse Denver, he almost destroyed the investigation from the get-go by using his real name when he first decided to contact the group and impersonate a Caucasian when speaking with them over the phone.  Still, he hatched a plan with a Jewish officer nicknamed Flip to show up for physical meetings to put forward a white face to attach to “Ron Stallworth,” and the result was a unique takedown of this vile organization that would see the two rise to the attention and affection of none other than Grand Wizard David Duke himself.  Lee’s film demonstrates his wide ranging power as a masterful, confident director: It’s a clinic on tone, skipping effortlessly from comedy to drama, suspense to action, all with a laser hot gaze on the broken racial past and present America carries around like a foul albatross.

Ironically, Stallworth almost killed the project before it got off the ground with a hilarious and awkward first meeting with Lee.  Having seen the book’s adaptation to film fall through several times prior, he was heartened when Jordan Peele signed on to direct.  Then Peele reached out to say he’d decided to produce it instead, which left Ron crestfallen until the filmmaker said “and Spike Lee’s gonna direct.”  Ron and his wife flew out to New York and found themselves at 40 Acres And A Mule headquarters, ready to meet one of their heroes.  When Spike stepped out of his office, Stallworth said “man, you’re a little guy!”  Lee pivoted and walked back in, shutting the door behind him.  Soon the two came to bond over their lack of social filters, and everything was back on track.  Stallworth had always wanted his favorite actor, Denzel Washington, to play him in the film, but Denzel’s 62 years didn’t quite match up with a rookie cop role.  As the policeman noted, it wasn’t settling to instead see his son, John David Washington, land the role; it’s a true breakout for an up and coming actor we’ll be seeing plenty more of in the years to come.  You’ll hear echoes of his father’s cadences on the regular, but John David more than holds his own in a complex portrayal of a man trying to do the right thing while alienating his community thanks to the badge he carries.  Adam Driver also does fine work as his partner in snookering the racists, and their story underscores the important notion of allies in the war against prejudice and hate that Lee weaves in and out of the story, all the way up to the final, somewhat controversial shot of the film.  Those who feel Lee’s other work can put whites at arm’s length should be heartened here; it’s all hands on deck time, and the good guys can come in all shapes, sizes, and colors.

BlacKkKlansman brought swoons to the Cannes Film Festival this past May, receiving an unprecedented 6 ½ minute standing ovation as well as the Grand Prix Award.  Stallworth said John David Washington smiled and waved on the red carpet afterwards, but crumpled into a ball of tears once they reached the limousine. Ron’s wife noted they were actually more pleased with its win of the Prize of the Ecumenical Jury, a social justice focused body comprised of clergy from around the globe that noted the film was “a wake-up call about continuing racism not only in the USA, but for the wider world”, which “condemns the misappropriation of religion in the cause of hatred.” Coming on the heels of these heady victories, Stallworth said to Lee and Washington something about their chances for Oscar gold.  Both the director and star howled that “you never say the word out loud, you’ll jinx it!” Then they jumped out of their chairs and started doing a dance in a circle to ward off 30+ years of bad Academy Award luck.  Based on the audience response—truly, there was laughter and tears in equal measure—Spike may want to dust off his tuxedo and book a spring trip to Los Angeles.  BlacKkKlansman is a triumph of cinema that stands tall next to his best work, and the best that American cinema has to offer in any year. 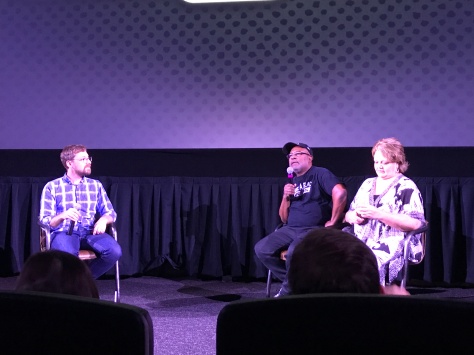