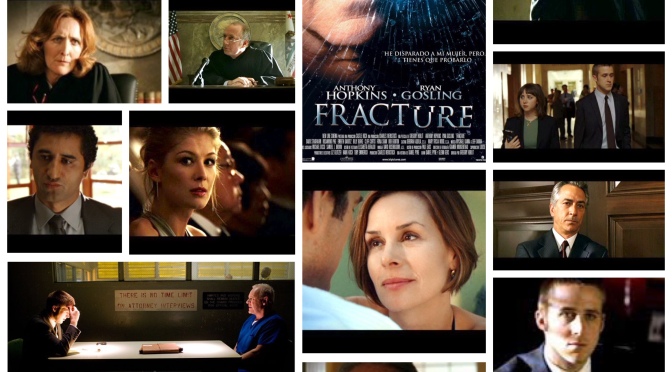 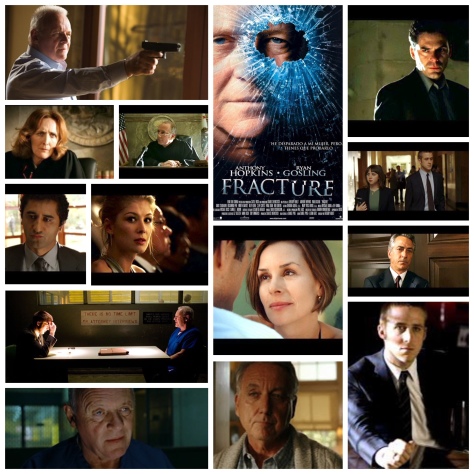 The judicial system has never been played so hard as it has by Anthony Hopkins in Gregory Hoblit’s Fracture, a thriller that’s written, acted and directed to high heavens but scored into oblivion. I’m not kidding, a hotshot courtroom gig of this caliber should sound great but the musical composition here by the Brothers Danna makes it sound like a TV movie and really doesn’t do it any favours. Odd, when you consider the fact that they are Oscar winners for previous scoring work. Hopkins is the murderous rich prick who shoots his wife (an underused Embeth Davidz) in the face when he finds out she’s having an affair with a cop (Billy Burke). Then in a spectacularly nasty move, he sets it up so the detective is first on scene to find her just so the old bastard can see the look on his face. After that, no one seems to be able to make the case stick to him, and it’s passed off to young hotshot prosecutor Ryan Gosling, who underestimates the sheer diabolical resolve of Hopkins and sails straight into his net. It’s pretty preposterous and overblown in terms of what’s allowed, not allowed and plausible in events surrounding such a high profile court case (why would they let him so close to his comatose wife right after such a suspicious acquittal?), but employ suspension of disbelief and this vicious little narrative is a lot of fun. Hopkins has a ball with this role, relishing the moment every time he royally fucks someone over and cooking up a stinging blend of laconic sociopathy and bubbling mirth. Hoblit gathers an impressive supporting cast including perennial silver-fox David Strathairn, Bob Gunton, Fiona Shaw, Cliff Curtis, Xander Berkeley, Zoe Kazan and slinky Rosamund Pike as a love interest from a rival firm. It’s a bit of a shame because the script, performances and story are all very well orchestrated, but the score and certain details just seem glossed over when there could have been more grit and depth. Those lacking elements give it an airy feeling of incompleteness where it should have been deeper and tighter drawn.