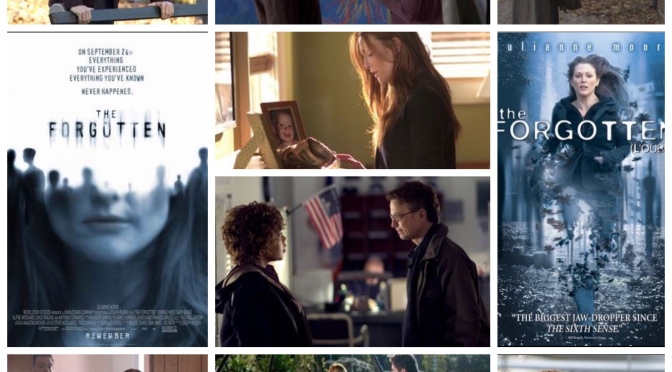 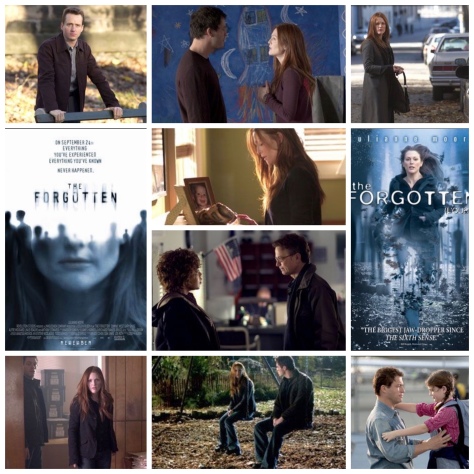 The Forgotten is a well wrought twilight zone type thriller that does indeed seem to be forgotten these days, or at least not held in high regard when I go back and look at reviews upon release. Julianne Moore stars as a mother who is suddenly told one day that her young son never existed, and all traces of him seem to have vanished. Then her husband (Anthony Edwards) seems to forget they were ever married. She searches desperately for any clues that would help prove that the life she had was once real, and she’s lead to the father of her son’s former friend (Dominic West), who can’t remember his daughter and seems to never have had one. It’s a terrifying premise when you consider both the helplessness she feels in the situation and implications of some supreme higher power that is playing sick games with people’s lives for… whatever reason. This is apparent when a mysterious man (Linus Roache) begins following her and her psychiatrist (Gary Sinise) seems to subtly know more than he lets on. Moore and West are terrific as two desperate parents whose love for their children proves a force to be reckoned with against whatever is out there manipulating their realities. Whatever it is, the film wisely remains very vague about exactly what’s going on and who is behind the curtain, relegating any explanation to a few very well placed jump scares that will rattle your shit up and some half whispered dialogue that’s cut short by aforementioned scares in order to keep the mystery intact. There’s a chilly, subdued vibe to both the performances and atmosphere, always as if someone or something out there is watching the whole thing. Nothing benchmark or crazy in terms of thrillers but a solid entry into the supernatural mystery box. Recommended.