Following the cinema changing smash of PULP FICTION, marking the first and last time (so far) in his career, Quentin Tarantino adapted a property by someone else By adapting Elmore Leonard, Tarantino made the story and his characters his own, by using a set story and characters, he populates each character with his hallmark casting and colors in Leonard’s dialogue with his own Tarantinoisms. JACKIE BROWN has long been hailed Tarantino’s most “mature” work, and in a sense, that is a more than a fair assessment.

Tarantino’s cast is rather remarkable in this picture. He changes the name and skin color of Leonard’s heroine by casting Pam Grier in her finest role that acts as both a callback continuation of some of her most seminal 70s characters and an empowering role of fierce feminism. Robert Forster, another mainstay of forgotten roles in cinema gets cast in one of Tarantino’s best characters, Max Cherry, the stoic bail bondsman who assists in Grier’s caper. 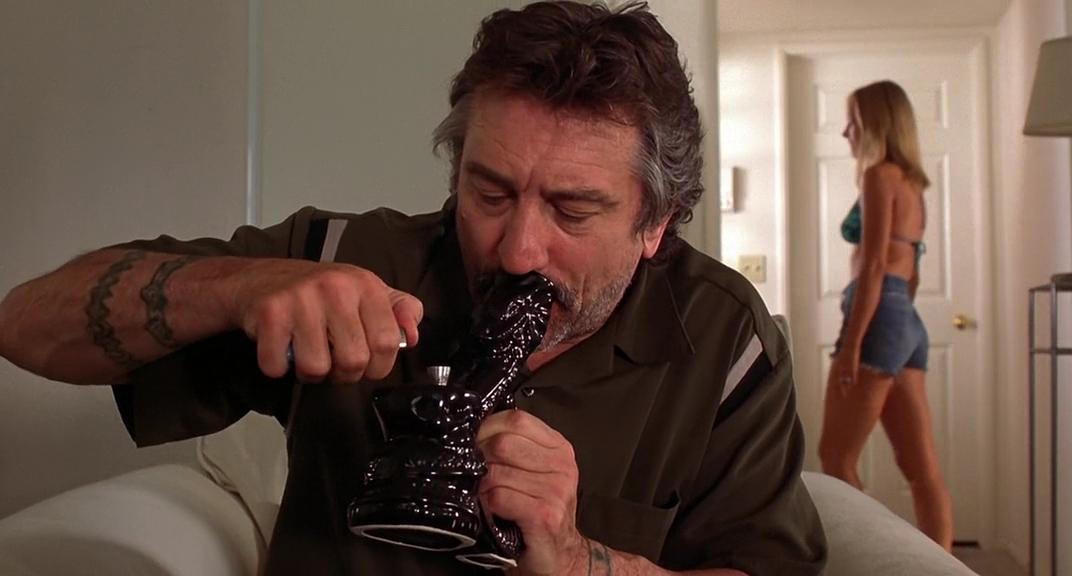 Michael Keaton and Robert De Niro are magnificent in meaty roles that act as respective undercards in their rich canon of characters; it truly is a shame that Tarantino never worked with Keaton and De Niro again, because he gets unique performances out of them, that is tremendously underrated. And of course, Samuel L. Jackson gets a very Sam Jackson role, and he is such a magnificent son of a bitch to watch in the film. Bridget Fonda has never been better or sexier.

Tarantino crafts a film populated with older actors, giving us a pulpy crime caper, where the action is moved forward by dialogueless characters, Forster and De Niro’s total dialogue probably would take up three pages in the screenplay, through their reactions, stares, and movements very much move the film along. The cunning screenplay foregoes Tarantino’s violent nature, through the guise of character progression.

Tarantino’s love for the dangerous and sexy heroine is on full display in this film. Pam Grier’s take on the role that she’ll more than likely be remembered for is phenomenal, and she shifts back and forth between manipulating the bad men in the film and falling for her sidekick, Forster. 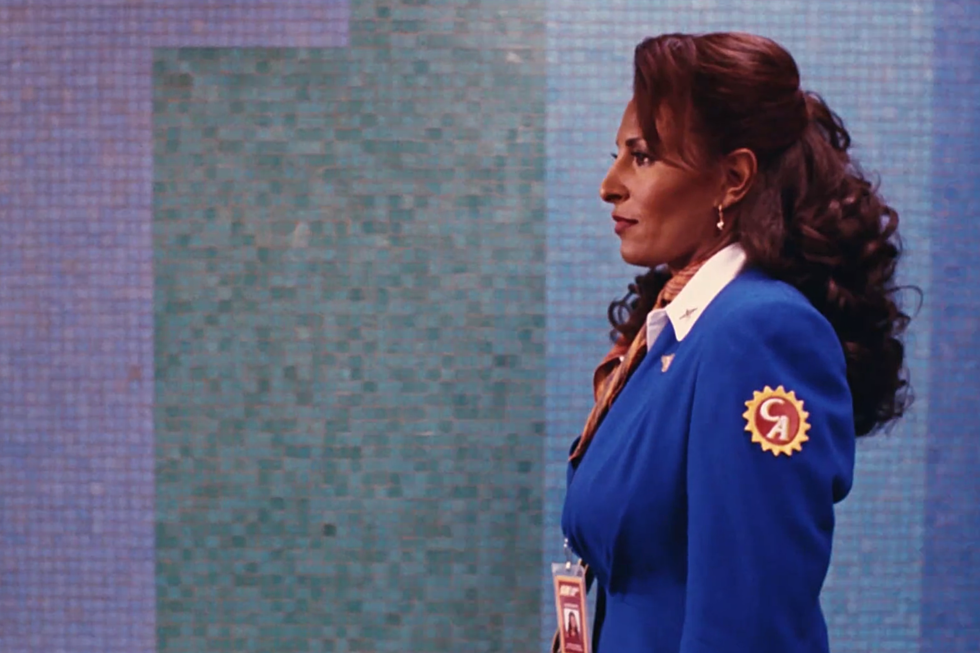 The reason this film is deemed Tarantino’s most mature is that the film laminates stoicism through Grier and Forster. The film is about living with mistakes, living long enough to know your limitations, and how to survive. All these characters have lived a life of struggle and hardship well before the cameras start rolling. The film builds up and cascades into an emotional moment between two genre actors that get dropped into a mainstream, highly polished film and that is such a beautiful thing.