I’ve written about this film before a few years ago and absolutely trashed it, but after a revisit is realize that I was either too harsh or my tastes shifted, because FearDotCom, although a narrative catastrophe, is a stylistic and artistic wellspring of morbidly beautiful visual excess. It almost doesn’t even belong in a movie theatre or home screen but in some avant garde museum as an experimental piece of video. The plot, as far as I could swing it: Two detectives (Stephen Dorff and Natascha McElhone) in one of those constantly rainy, impossibly bleak inner cities investigate a string of murders tied to a strange website and carried out by a sadistic, monotone lunatic (Stephen Rea). Both the website and the murders are apparently linked to the ghost of a creepy little hemophiliac girl with a bouncy ball, but how or why remains a mystery because the film doesn’t feel the need to coherently explain any of its plot points. The cops, the killer, other various oddballs, the website, none of it is strung together with any kind of proper storytelling adhesive or logic and there’s simply no piecing it together in a way that makes sense. That leaves you to give up and let the film wash over you as a sort of sensory experience, an expressionist’s dream of eerie sound, striking viscera, abstract visuals and potent atmosphere. The film works on that level, if you can compromise story for ambience. This is one of those cities like in The Crow, Dark City or Seven where it’s always raining, always nighttime, all the light fixtures swing and strobe uneasily, every subway station is abandoned, smokestacks and power plant silos stand sentiment across the horizon and the residential buildings look like they’re limping along after a severe earthquake. It was filmed in Luxembourg and Montreal but is obstinately set in NYC which leads to hilarious contradictions in architectural landmarks. The ghostly images and horror elements look like they’re inspired by everything from Murnau to Merhige and are at times truly inspired. The cast, although hailing from various genre paths, all somehow seem suited to something this weird. Dorff comes from horror roots and has perfected this angry, brooding aura to a science, McElhone seems to handpick the strangest projects and is always an ethereal presence in whatever she shows up in, Irish character player Rea mostly stars in Neil Jordan stuff and is no stranger to the bizarre while genre legend Udo Kier shows up in the most random, wordless cameo of his career. The visual aspect is almost indescribable until you’re neck deep in it, picture the stark stylistic choices from The Matrix with some serious Silent Hill vibes and a very ‘Euro’ flavour to the whole thing. It’s interesting that an American studio horror flick about stuff like cops hunting a serial killer and some murder website ended up looking, feeling and sounding like something from a literal other dimension, and that kind of outcome can’t be written off as simply a bad film in every way but viewed as a messy yet provocative experimental curio. It’s just a shame the story got fatally shredded somewhere between conception and execution, or this could have been something really great. Oh and fun fact: the producers couldn’t secure the web domain name ‘fear.com’ because whoever owned it wouldn’t sell *for any price*, so in the film when we see the actual site it’s ‘feardotcom.com’ which is so hilarious to me and just adds to the overall weirdness even more. 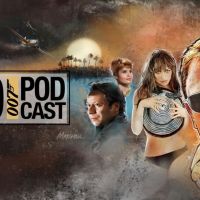 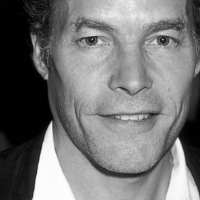 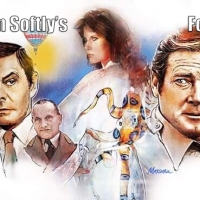 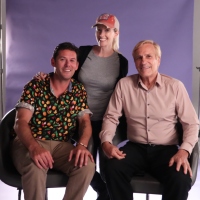