TNT has blessed us with another season of spectacular television based on The Alienist books by Caleb Carr, and this one rocks *almost* as much as the first story. Angel Of Darkness it’s called, and it’s blanketed in the same gothic, austere, turn of the century New York City atmosphere where attitudes are shifting, scientific revelations burgeon through the thicket of superstition lingering from the past and terrifying criminals, gangs, corrupt law enforcement, decadent government peons and disturbed serial killers make life difficult for everyone. We once again join psychiatric guru Dr. Laszlo Kreizler (Daniel Brühl), intrepid gentleman reporter John Moore (Luke Evans) and intuitive private investigator Sara Howard (Dakota Fanning) as they try to track down, smoke out and put a stop to a shadowy individual who is kidnapping the infant children of affluent couples and killing them ruthlessly and methodically. I can’t believe I’m saying this but despite this season being about a fucking baby killer it’s still somehow less dark than the first, there were just aspects to that that were unnerving in a way I can’t explain, whereas here for all it’s macabre portent and ghastly subject matter, it’s just somehow more within the bounds of what is palatable. One change I liked between this and the first is that before we never ever saw the antagonist until the very last second of the finale, and only for a quick flash whereas here we know who the villain is halfway through the season and from there are treated to one of the most complex, heinous, theatrical yet grounded performances from someone whose cover I won’t blow in the review for the sake of spoilers but my god what a work of art in the medium of acting. One thing I noticed is that the first season mined the collective Hollywood past and casted some truly eclectic faces, people you hadn’t seen in years and wondered if were still around, it felt like a 80’s/90’s genre college reunion of sorts. This season does that to a lesser extent and the cast isn’t as prolific but there are some old guard personas that show up including Alice Krige, Michael McElhatton, Matt Letscher as a smarmy William Randolph Hearst and returning baddie Ted Levine as the scheming department fixer Byrnes, who has more of a discernible arc this season. The heart, soul, comic relief and pathos of this whole show rests on the shoulders of our three leads though, who are once again superb, each in their own right. Brühl’s Kreizler is a thorough pragmatist who uses that nature as an effective tool in his research into the human brain but discovers that certain aspects more geared towards the emotional are just as important. Fanning as Howard is fiercely guarded, wicked smart and relentless in her pursuit of truth and vindication for the less fortunate souls she strives so hard to understand and help on their journey. Evans as Moore is my favourite, he’s just a tad naive, deeply soulful and finds a real and genuine way to express himself verbally here that is a wonderful progression of his character from season one. These three characters work as a unit and as wildly different individuals, they are the essence of what makes this show so special and rarely have I seen a trio of series leads so well painted, acted, written and intuited as I have from these three artists. If you like dark, intense, morbid yet persistently life affirming storytelling that breaks molds, challenges convention, strives for uniqueness in character and narrative and rewards the viewer endlessly while terrifying them in equal doses, this is for you. Bring on season three please and thank you. 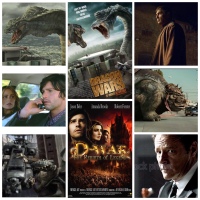 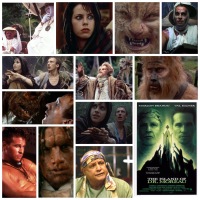 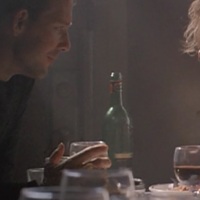