If you’re going to make a film about something as heavy, upsetting and uncomfortable as cancer, you have to make it lighthearted and uplifting enough to contrast such a horrific phase of someone’s life, no matter the outcome of it. But you damn well better not make it too schmaltzy, syrupy or saccharine either because your audience will see right through it and tear your film to shreds. Honest, heartfelt, upfront and simple is the way to go and 50/50 hits the sweet spot squarely. It doesn’t hurt that it’s very closely based on a true story either, the script feels achingly authentic on both comedic and dramatic terms, both of which interplay with each other seamlessly and organically in the central relationship between Seth Rogen and Joseph Gordon Levitt, the latter of which is saddled with a rare and very scary cancer diagnosis at an age where no one should have to hear such news. The film explores the many relationships in his life beyond best friend, confidante and personal court jester Rogen. There’s his overwhelmed mother (Anjelica Huston) who he has a hard time loving or letting in, his intern therapist (Anna Kendrick, is there a lovelier girl on this planet?), his cold sociopathic girlfriend (Bryce Dallas Howard), two elderly buddies (Phillip Baker Hall & Matt Frewer) he gets quite close with during rounds of chemo and ultimately his relationship with himself, which might sound a tad cliche but during such an intense process one would have no choice but to look inward, evaluate one’s beliefs, feelings and augment perception accordingly. Levitt handles this expertly in a beautiful performance of love, righteous anger, kindness and refusal to give up, even when it seems like the easiest option. There are a few heart wrenching moments of brutal emotional honesty from the actors here and one gets a sense that no one, on either side of the camera, was willing to compromise this story to make it more ‘Hollywood accessible.’ Rogen is obviously the bawdy comic relief and is intermittently hilarious, but he finds a slow revealing emotional centre and gravity here I’ve never seen elsewhere in his work, he’s phenomenal. Kendrick is the sweetest girl in the world on camera and fills every frame she’s in with genuine charisma, mellow empathy and just a touch of adorable awkwardness, her and Levitt have chemistry that borders on transcendent. One doesn’t usually group ‘feel good films’ and ‘cancer films’ into the same category but this one is both for me, a life affirming, down to earth, honest piece that rings true with every rewatch. 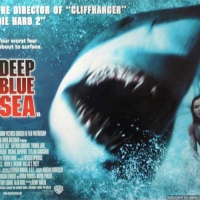