I admire ghost stories that set their story around an already troubled region of period of conflict because it raises the stakes unbearably high. If a haunting occurs in tranquil North American suburbia it’s bad enough but can be dealt with on its own terms, but let’s say a ghost or demon shows up during an especially stressful time, in the case of Babak Anvari’s Under The Shadow the Iraq/Iran conflict of the 1980’s, there is an extra level of horror the protagonists must go through on top of their already considerable suffering and it can be incredibly effective in getting you to invest paramount interest and sympathy in the story. In war-torn Tehran, young mother Shideh (Narges Rashidi) struggles when her husband (Bobby Naderi) is drafted in the military and she’s left alone with her young daughter (Avin Mashadi) in a creaky tenement building as air raid sirens signal incoming bomb threats and the mounting tensions get closer to home. One day an actual literal bomb does drop in through the roof of the apartment complex and although doesn’t detonate, sits there like some ugly reminder of the potential violence just outside their walls. Her daughter is convinced that something else came along with it though, something evil and supernatural that rode the same winds that carried the bomb to them and is now tormenting her with night terrors, waking visions and feverish apparitions. There are some flat out terrifying scares in this film, the acting is all terrific and the mythology surrounding the ghost is utterly fascinating. What really makes it a winner though is the atmosphere that Anvari conjures up, a suffocating cloak of wartime dread and bleak apprehension that is completely immersive and will root you to your couch. I love films that start off with a brief written summary on black background like “The year is 1980. Conflict rages across so and so, as one family struggles etc etc.” It’s an incredibly powerful way to begin your story if you choose the right music and lead-in to follow and this film is darkly captivating from the moment those words show up on screen and the first scene fades in. This is streaming on Netflix (at least here in Canada, anyway) and I highly recommend it for fans of chilling atmospheric horror with a grounded human core. 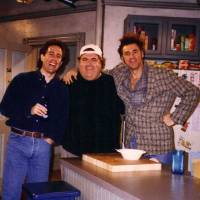 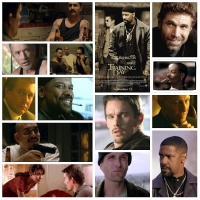 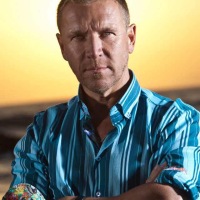