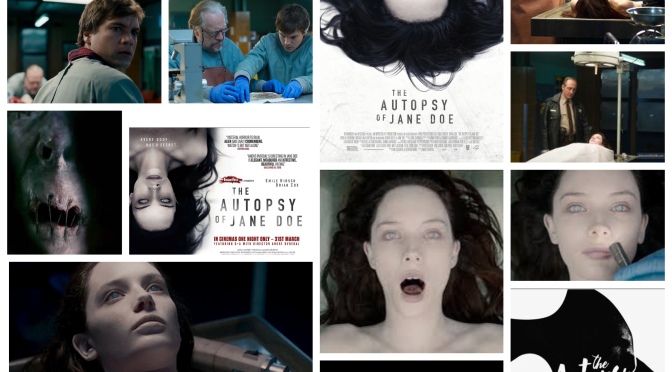 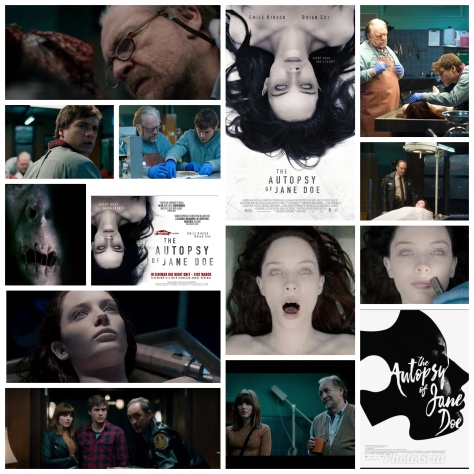 It’s always a good barometer to use Stephen King’s praise when it comes to horror films, and he had nothing but great things to say about André Øvredal’s The Autopsy Of Jane Doe, a gruesome and very scary little chamber piece with quite the unnerving story to tell. Set in a spooky underground morgue, a father son duo of coroners (Brian Cox and Emile Hirsch) get one last corpse sent their way by the county sheriff (Roose Bolton from Game Of Thrones) just as they’re about to shut down for the night. Labelled a Jane Doe due to lack of any identification, she’s one in a series of bodies found at a boarded up house, but cause of death is eerily unclear. These two toil away looking for clues as the night wears on and her corpse gets steadily weirder with every layer of skin, bone and tendon peeled back, but something isn’t right with her and soon our heroes hear creepy sounds, see bizarre things in the hallways and realize that the last place they want to be is stuck down there with her, especially while a raging storm prevents them from leaving. It’s a terrific setup for a nightmarish horror story, and all the elements make it work quite well. Cox and Hirsch are two great actors who sell both the father son drama and the burgeoning fear as each moment gets scarier than the last. Jane Doe isn’t a dummy or CGI but played by real actress Olwen Catherine Kelly mostly the whole time, adding an uncomfortable depth and realism to their predicament as we search her body for signs of movement or remaining sentience and squirm in our seats. The photography here is crisp and concise, the scenes lit to effect and the score drives them neatly too. There’s plenty of gore and look-away moments involving the autopsy (unless that’s your thing, ya sick fuck) but the real fear lies in story and suspense as we gradually learn who Jane Doe was and what is now happening around her, while poor Brian and Emile are stalked by all kinds of freaky shit and their apparently haunted radio starts to spaz out on them. I can see why King liked this so much as it greatly reminded me of his work, it’s smart and not too predictable with perverse attention to detail in the body horror and a slick, immersive premise. Highly recommended. 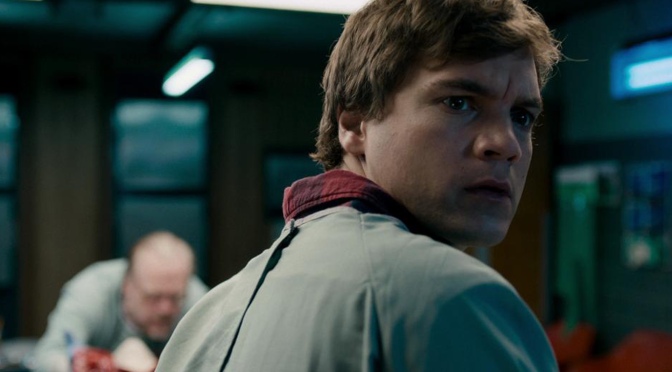 The R rating description for the Autopsy of Jane Doe reads “bloody horror violence, unsettling grisly images, graphic nudity, and language”, a misleading description that may give future viewers the impression they’re in for a hearty gore fest. I thought I might be in for a suspenseful slasher, something akin to a cross between Don’t Breathe (another great horror entry from 2016) and The Ring, but with a greater focus on gory splatter. I wasn’t disappointed per se, but the graphic qualities of this movie don’t unfold the way you might expect them to, which admittedly caught me off guard yet pleasantly surprised me.

Without giving anything away (as this is a spoiler free review), I can tell you that this particular horror movie actually shows barely any on-screen violence. In fact, the bulk of the “bloody horror violence” actually comes in the form of the autopsy itself, which doesn’t shy away from giving viewers prolonged sequences of dissection, which plays directly into the “unsettling grisly images” of the rating description. Think of any CSI: Crime Scene Investigation autopsy scene, but make it run for an hour and twenty six minutes. The graphic nudity doesn’t come from an impromptu sex sequence, but from Jane Doe’s seemingly lifeless corpse laying nude on the cold steel table. It’s nothing exploitive or fetishized, just protocol when examining a dead person for cause of death. And as far as the language portion of the description is concerned, you might find more profanity in one scene in Planes, Trains, and Automobiles than in the entirety of this film, not that it’s a bad thing.

The movie introduces us to a gruesome multiple murder scene where a nameless nude young woman is found buried in the sands of the house’s basement floor and whisked off to the mortuary run by Tommy (Brian Cox) and Austin Tilden (Emile Hirsch), a father-son coroner duo, given until the early morning hours to find Jane Doe’s cause of death for the sheriff. Austin has plans with his girlfriend for the night, but once Jane Doe shows up, he feels compelled to stick around and assist Tommy, despite his girlfriend’s immediate unhappiness with being ditched yet again. Jane Doe’s is an extremely odd case for the duo, her entire outer body in perfect condition but her insides boasting a series of horrifying injuries including broken ankles and wrists. With how she died becoming a more frightening answer with every new internal injury discovered, the autopsy draws on, and as an unseen storm outside increases in its catastrophic potential (as heard via a radio that provides comfort music) several unexplainable supernatural occurrences begin to manifest, eventually trapping the duo in the mortuary and threatening to terrorize them all through the cliche dark and stormy night.

Early exchanges of dialogue between father and son, both personal and professional, as well as the blatant chemistry between the two actors, illustrate a believable history and relationship between the characters. You could change Hirsch’s last name to Cox and never doubt for a second that he is indeed Cox’s son, and it’s that believability that elevates the material from standard issue to fare to something special and unique. Both actors bring their A-game, and are not just convincing as family but also as coroners, the technical jargon adding another layer of authenticity and believability to the film. Your eyes and ears might be drawn to Cox more than Hirsch, as Cox has so often been a magnetic scene stealer everything from Manhunter to Braveheart to Red, but don’t underestimate Hirsch’s nuanced work here; this is his finest hour since Into The Wild.

For his first foray into American cinema, director André Øvredal (Trollhunters) does a splendid job of crafting a movie that contains characters we believe in and come to care for, all the while gradually among up the suspense as the movie unfolds. It’s always a delight when a movie sets up an intriguing premise while simultaneously providing characters worth watching, and not just the usual dumb victims.

The first hour of The Autopsy of Jane Doe is both interesting and totally suspenseful, but sadly the movie becomes a less interesting (yet still suspenseful) endeavour as more information about the titular Jane Doe is revealed. You’ll stick around to find out the fates of the characters, but after a third act exposition dumping of information about Jane Doe that lacks the subtlety of the scenes that precede it, the plot stops dead in its tracks: there is no plot left to tell. Once that information comes to light, the focus of the movie shifts to the survival of the characters against the overwhelmingly horrifying odds and lacks the surprise and intrigue of earlier scenes. I still found myself deeply involved, but not necessarily surprised or shocked by the revelations. This misstep by no means makes Jane Doe a bad movie, just underwhelming.

Regardless of how I might feel about the third act reveals, I have to admit I still really enjoyed watching the movie right up until the final frames snapped to black. I especially enjoyed the relationship between Tommy and Austin, and even appreciated the brief but effective appearances of the girlfriend Emma (Ophelia Lovibond) who thankfully didn’t feel like a cliche and more like a real breathing human. I also appreciated the technical jargon and the extensive look at the practice of being a coroner and conducting an autopsy. It’s grisly stuff, sure to make even some of the most hardcore gore hounds’ stomachs churn, but in the context of the movie and its unique premise, makes complete sense and doesn’t feel like shoehorned gratuitous gore. The Autopsy of Jane Doe isn’t a perfect horror movie, a tall order these days, but it’s still a great and unique entry into a genre in need of a little spicing up. Somehow, despite the underwhelming feeling I got from the third act, I found the ending oddly satisfactory albeit predictable and not at all surprising. It works, like a knife through butter. If you’re in the mood for a good horror movie, open up your heart to The Autopsy of Jane Doe. You just might thank me after the sun shines in.