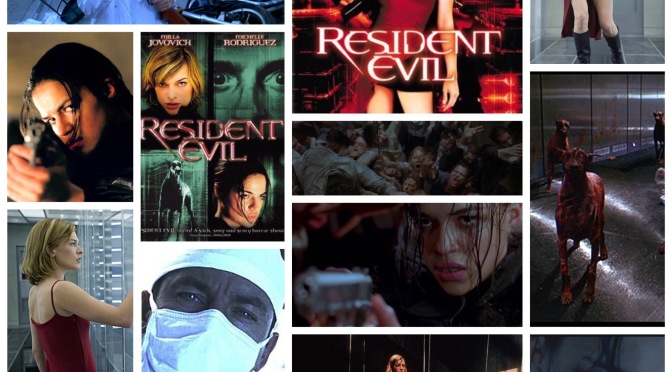 Paul W.S. Anderson’s Resident Evil is probably the second best video game adaptation out there (I’ll remain vague so you all lose sleep arguing about what the best is) and a damn fine horror/shocker flick. I’d stay away from most of the sequels unless you’re really invested in Milla Jovovich’s ass kicking Alice character (guilty here), but it can be said that this lean, mean initial entry is a genuinely terrific film full of grisly traps, gnarly zombie dogs and a butch Michelle Rodriguez that’ll make you weak at the knees. The world’s most irresponsible biotech corporation Umbrella is perpetually up to no good, and their underground research lab ‘The Hive’ has been overrun with monstrosities of their own creation which will eventually spill out into the streets of fictitious Raccoon city, and the entire world beyond in some of the bombastic later sequels. Minimalistic claustrophobia is what makes this one work so good, as a hardened team of mercenaries led by Rodriguez and Colin Salmon descend into this manufactured hell for a bit of shoot em up fun. Jovovich is Alice, security expert turned survivalist who they find down there and recruit as a tag along and just happens to be wearing an impractical yet eye catching red dress for the duration. It’s a deliriously fun female bromance between her and Rodriguez, with just the right dose of sexual chemistry, while the rest of the team, including Eric Mabius and James Purefoy as Alice’s shady ex husband, fare pretty well. Anderson regular Jason Isaacs also has an inexplicably brief cameo as Umbrella’s head honcho mad scientist, a character who would later be recast by Ian ‘Ser Jorah Mormont’ Glen in the following films, even though the guy is clearly credited as Dr. Isaacs, begging one’s curiosity as to just what drove Jason away from the role. The thing that makes this one work so much better than any of it’s sequels is the sweaty single location format: we’re with these characters inside the Hive for the entire film as opposed to watching them slice their way through some helicopter filled globetrotting apocalyptic gong show, a classic case of too much thrown into the pot ruining the recipe. Keep it simple, a few scattershot mercs navigating a haunted funhouse full of lethal canine mutants, slobbering undead and bone slicing laser beam grids, all watched like a hawk by a ruthless AI security system designed to look and sound like the red queen from Alice In Wonderland. Pretty cool, eh? I thought so, and still do every time I give it a rewatch during Halloween season.