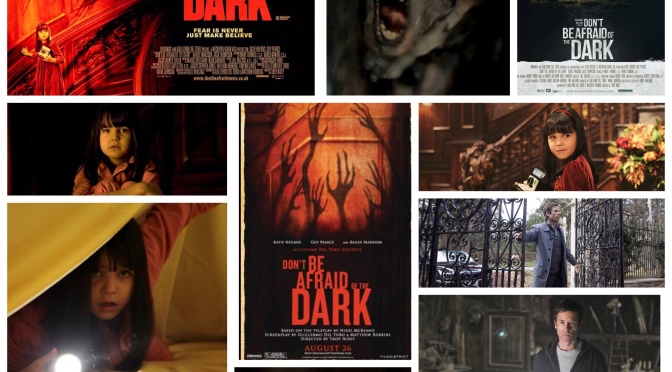 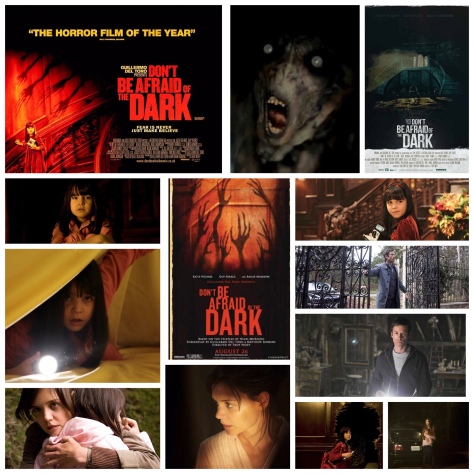 Although not particularly scary or super memorable, Don’t Be Afraid Of The Dark is an atmospheric gothic fright flick with distinct production design and some really neat visuals. Based on a 1973 film of the same name, Guillermo Del Toro was apparently a big fan and adapted it with a new screenplay, and while I can’t help thinking what could have been if he took up director’s duties as well, the result is still pretty good. Guy Pearce plays an architect who moves into a giant, baroque old mansion in the sticks with his introverted daughter (Bailee Madison) and interior designer girlfriend (Katie Holmes). The plan is to fix the place up, but Madison does a bit too much wandering around and discovers they aren’t alone, and the manor is also home to a horde of tiny, creepy demon thingies with glowing eyes, skeletal limbs and they’ve activated stealth mode. They live in dark corners, shadowy closets and make weird chittering noises (Del Toro himself lent his voice to one of them) that freak the girl right out, but naturally her dad thinks she just has an overactive imagination. Pearce and Holmes are great in their roles and add class, as does Madison who is a competent young protagonist. This doesn’t exactly reinvent the horror wheel or make any kind of huge impression, but the art department really did well with the design of the old house, the visual elements are all really great and pop on the Blu Ray. It’s more of a mildly eerie children’s fairy tale than an outright horror film but it works on its terms.