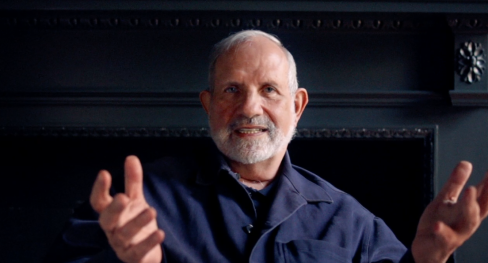 DE PALMA is without a doubt one of the best films of the year. It is a candid and refreshing documentary on one of cinema’s most important voices. He speaks about his beginnings, his failures, successes, in a very honest and touching way.

Like his filmography, the doc’s singular voice is De Palma, not once is the interviewer heard, and only once does De Palma himself address them. It is an incredible amount of joy to sit and listen to him talk for nearly two hours about each one of his films, giving us unique insight, humorous anecdotes, how his personal life affects his films, and brutally honest assessments of his work and actors he’s collaborated with.

De Palma doesn’t shy away from talking about his unpleasant working relationship with Cliff Robertson on OBSESSION, or his disdain for Robert Towne’s changes to MISSION IMPOSSIBLE, or how he had to have Oliver Stone removed from the set of SCARFACE. Perhaps the best story is of the constant strife between Sean Penn and Michael J. Fox on the set of CASUALTIES OF WAR.

What makes a great documentary is honesty. Particularly when the director of the doc isn’t purposefully manipulating the doc to their liking, or trying to control the subject and/or film into having a preordained outcome.

Directors Noah Baumbach and Jake Paltrow just let De Palma talk. They allow him to speak freely about everything, and it is a marvel to watch. The only negative marks this film gets is that it’s only an hour and fifty minutes. Surely we could listen to De Palma speak for at least six hours, right?