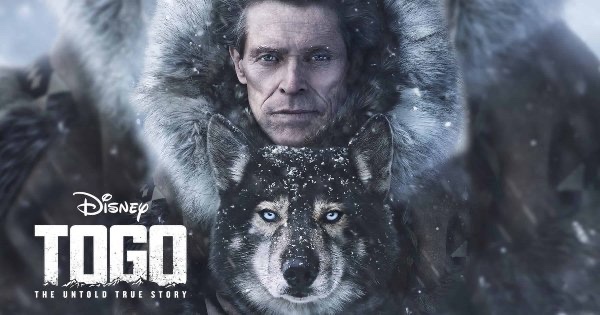 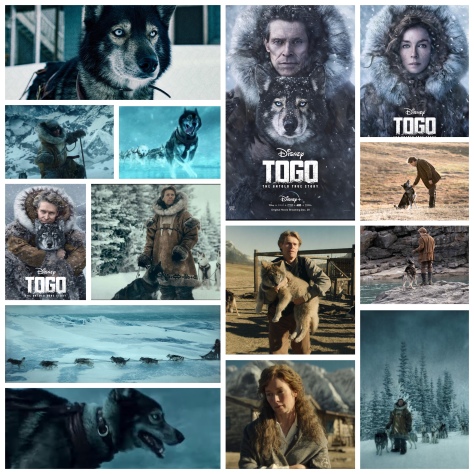 Man, Willem Dafoe is really on a roll this year, not to mention the last two decades in general. No other actor out there I can think of has balanced a career between appearing in edgy, fucked up arthouse and experimental stuff and then more accessible, Hollywood and conventional fare too with as much energy, enthusiasm and variety. The only thing he hasn’t done is made the jump to television, but everyone has their reasons. With Disney’s Togo he proves for the third time this year (see Motherless Brooklyn and The Lighthouse) what a commanding, distinct presence he has in either lead or supporting roles. Here he plays Leonhard Seppela, a real life Norwegian sled dog breeder whose unshakeable bond with his lead dog Togo is the stuff of legend and countless grabs for the Kleenex box throughout the film.

Togo was the runt of the litter, as we learn through decade ago flashbacks between the beginning of their friendship and a furious race through the Alaskan wilderness to bring medicine back for children dying of an illness outbreak. If this story sounds familiar it’s because it is: Another dog named Balto was slapped with most of the credit through happenstance it seems, but this film definitely makes it apparent that Togo was the uncanny and determined hero who turned the tide amongst one of the fiercest storms in Alaskan history.

Dafoe is so versatile he can play the freakiest, most otherworldly villains or the most affable and down to earth regular dudes. He’s an initial pragmatist here whose borderline callous way of training dogs is upended by Togo’s resilience and spirit that burns like a star’s reflection in the Alaskan ice. These two beings were made for each other and in the last haul of their respective lives (Leonhard looks to be in his late sixties and Togo is over twelve) they pull off a miraculous journey of courage, defiance and heartwarming friendship. It isn’t without its dangers or peril though, there’s a sequence where they have to navigate an inlet Sound coated in ice violently shattering all around them that is so harrowing to watch you won’t breathe until the outcome. That’s the power of these animal stories though and I suppose you have to be someone who loves all these creatures or a ‘dog person’ to be affected by it, but really at its core it’s about friendship no matter the species, not giving up on one another at any stage of either party’s life and how that can carry you onward. Both Dafoe and every dog in his team sell that and make this one of the best films of the year. A special mention to Mark Isham’s beautiful score and the use of emotionally galvanizing song ‘On The Nature Of Daylight’ by Max Richter in the third act, last heard in Scorsese’s Shutter Island at an equally penultimate point in the narrative. This one alone is worth the price of Disney+.