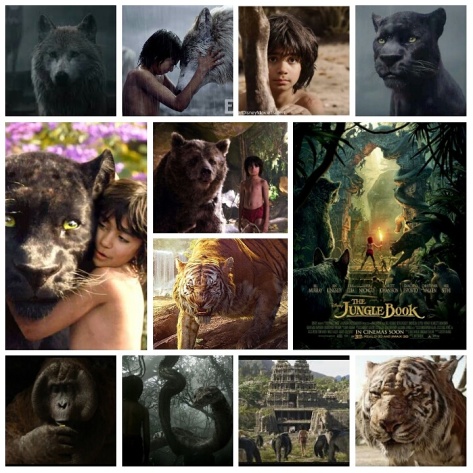 Prepare your eyes for maximum bogglement, work out your abs so you don’t bust a gut laughing, and most importantly, dust off that childlike sense of wonder before going to see Rudyard Kipling’s The Jungle Book, boldly and lovingly retold by Jon Favreau in what is the most flat out exciting, adventurous film of the year thus far. The director pulls  off a balancing act between palpable tension, character interactions that come straight from the heart and land squarely in ours, and some of the most believable, jaw dropping CGI I have ever seen on screen. The animals look so impressive and lifelike that after seeing them I shelved away some of my inherent reservations about computer generated effects as a dominant force in a piece, and simply gave in. The atmosphere is lush, intoxicating and deeply detailed, with a naturalistic feel and tone. Young Neel Sethi is tasked with being the only fully human component, and is perfect. His interactions seem real and rehearsed, immersing the viewer further into the visuals. Mowgli is a young man cub, found on the edge of the jungle by the panther Bagheera (stately, compassionate Ben Kingsley) and given to a wolf pack to be raised by alpha Akela (Giancarlo Esposito) and Raksha (Lupita Nyong’o). Not all in the animal kingdom are receiving of this man cub, especially a terrifying Bengal tiger called Shere Khan, given the rumbling tones of Idris Elba, inspiring fear in animals and audience alike. He has a rocky relationship with man, and wants Mowgli dead. Bagheera takes him far into the jungle, where they are separated and Mowgli’s adventure truly begins. He wanders into the path of Kaa (a slithery Scarlett Johansson) a monstrous, seductive python, and is taken under the wing of Baloo, an adult Winnie the poo voiced by Bill Murray. Murray is one of the film’s great delights, and as soon as he shows up we forget about all the menace and threat which preceded his arrival, and are swept up into his affable, lounging lifestyle and brightly colored neck of the woods. Murray clearly ad libbed a lot of Baloo’s dialogue, and anything he didn’t he still gives that unmistakable, winking ‘Murray’ twinge that I so love. Mowgli’s adventure continues, as he stays one step ahead of Shere Khan and is visited by the king of the monkeys, a twenty foot tall, lumbering orangutan named Louie, voiced with demented, pithy glee by Christopher Walken. As soon as he showed up the laughs erupted from within me, and reached a manic peak as he belts out the ‘Oobie Doo’ song in priceless Walken fashion, his monkey mannerisms uncannily starting to resemble Walken’s own distinct visage. Many of the animals serve as differing parental figures to Mowgli, representing elemental factions of raising one’s young. Bagheera is cautious, doubting and skeptical. Baloo is the fun loving, lenient one. Even Shere Khan has a curdled paternal feel to him, like the brutal stepfather who is damaging to his offspring. Raksha is the unconditional mother, and that devotion comes out wonderfully in Nyong’o’s souful performance. The vocal performances are aided by the stunning effects; the CGI of facial features allow the actors work to truly extend into the realm of what’s visible, with real emotions displayed by the creatures, and not a single rendering that’s anything short of lifelike. The film evokes true wonder and primal excitement, escapism that takes itself seriously yet knows when and how to play, a dazzling technical marvel, a timeless story well told, all in one cinematic package that is not to be missed. Oh, and stick around for the credits, instead of Walken out of the theatre and missing a final musical treat.