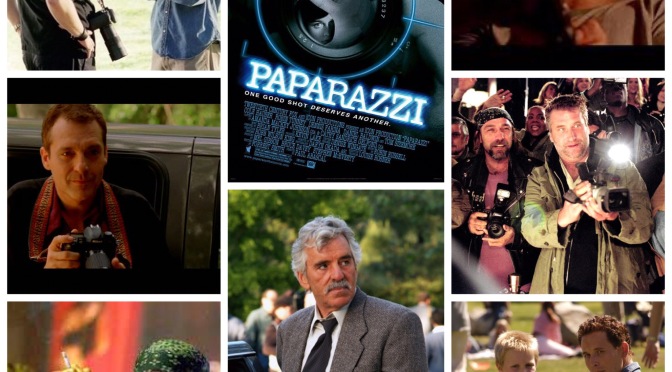 Paparazzi is one of those ones that probably sounded pretty silly on paper, but one of the studio execs had a good sense of humour on a morning after getting laid and said “aw hell, green light this just for kicks.” It doesn’t hurt to have Mel Gibson as a producer either, who also makes the teensiest cameo. The concept is simple: action film star Bo Laramie (Cole Hauser) is harassed by a sleazy hyena pack of determined celebrity photographers, until they take it one step too far, resulting in tragedy. Bo then plays the art imitating life card, goes all vigilante on them and quite literally hunts each one down and kills them. A synopsis like that has to illicit a dark chuckle from anyone who reads it, and you’d think the resulting film would be oodles of fun, but they’ve somewhat played it safe. A concept this ridiculous should be over the top, reach for the stars insane, a hard R black comedy Death Wish set in Hollywood, if you will. What we get is something more on the glossy side, the filmmakers dipping their toe into the pond of potential, yet never saying ‘fuck it’ and diving right in. The paparazzos are played to the heights of hilarity by a solid scumbag troupe: Tom Sizemore is so perfect as their a-hole ringleader, just a dime piece of a casting choice. Daniel Baldwin looks seriously haggard, while Tom Hollander and Kevin ‘Wainegro’ Gage round out this quartet. Dennis Farina is fun as a sharp, shrewd Detective who gets wise to Bo’s act as well. It’s all serviceable, and yet I wish it went that extra mile to give us something downright shocking and memorable. Perhaps they should have reworked the script, brought in a wild card director and gone the indie route. Oh well.