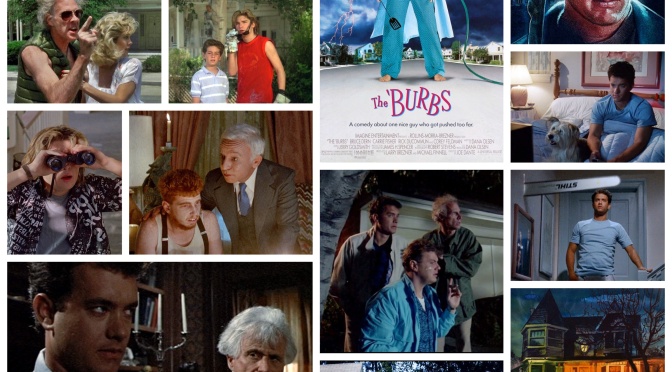 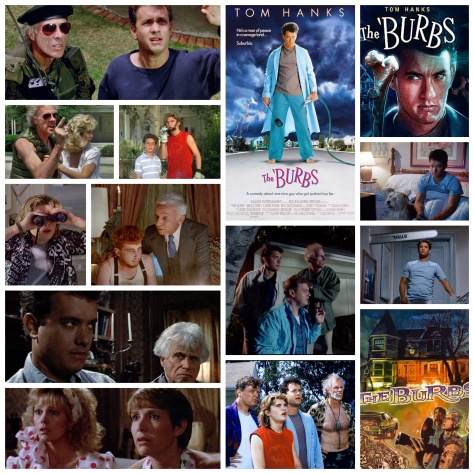 Ever wonder what your neighbours are up to? Probably nothing, but there’s always that off chance that they are in fact spooky serial killers or occult weirdos. Or not. Joe Dante’s The Burbs plays with this notion of paranoia about those next door and gives us a hysterical social commentary on the white picket fence life while it’s at it for something decidedly different. Stressed out yuppie Tom Hanks is certain that the oddball German doctor family down his block are up to no good, and he whips up the rest of the folks who live around him into a fervent panic with his anxieties. It doesn’t help that the people he’s suspicious of are played by the oddball likes of Henry Gibson, Courtney Gains and Brother Theodore, but he still seems like a delusional schmuck and we’re never really sure exactly what *is* going on until the demented, ballsy ending which makes laugh like hell each time. His wife (Carrie Fisher!) thinks he’s lost it, we think he’s lost it and he desperately scrambles to prove otherwise by gathering any evidence against these dudes with the help of local kid Corey Feldman and persnickety Nam vet Bruce Dern who absolutely steals the show with priceless lines like “Smells like they’re cookin’ a goddamn cat over there!!” This one is a total scream, retaining Dante’s ooey gooey horror roots while almost reminding one of Spielberg/Zemeckis style fright flicks that take place in suburbia. The only thing separating people from one another in a neighbourhood like this are four walls and a roof, and within them anything could be happening right under one’s nose and several metres away, yet unseen. This is Hanks’ worst fear here and Dante plays it’s for absolute hilarity, mirthful menace and glorious black comedy. Great stuff.