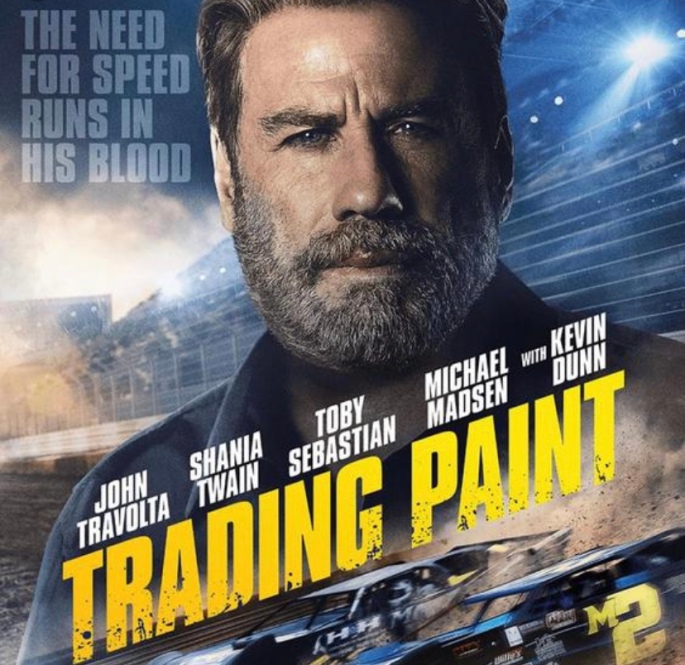 John Travolta is balls deep in the direct to video phase of his career and sadly can’t quite churn out as interesting, varied and increasingly bizarre entries like his buddy Nic Cage, most of his B stuff is pretty gnarly (Gotti Omggg). However, there’s a few that are somewhat charming and Trading Paint is one of them. Riffing on stuff like Days Of Thunder we see John play an ageing stock car racing guru whose glory days seem to be behind him. His son is into racing but instead of following in pops’s footsteps he’s taken up oaths with a far richer, more well connected racing promotor played by the great Michael Madsen, who is unfortunately a bit of a dickhead. This spurs dad into getting back into the game, and he’s supported by his lovely girlfriend (Shania Twain, of all people), and adorable best friend (Kevin Dunn, most excellent as ever) who he once saved from a fishing related alligator attack that took the poor guy’s leg but gave them their steadfast friendship (no I’m not making this up). This is laidback, low budget, all American schmaltz as only the DTV facet of the US film industry can provide, but you know what it really isn’t that bad when you consider the competition, especially where Travolta’s script choices are concerned. The racing scenes are modest, down to earth and tactile, the narrative and runtime blessedly short and swift. The film genuinely shines in a few specific areas: we get to see a truly captivating confrontation scene between Travolta and Madsen that is very well acted by both and probably the closest thing we’ll ever get to seeing that Vega Brothers Tarantino film we’ve been promised for so many years. Also, the relationship dynamic between Travolta’s self deprecating borderline old timer, Twain’s supportive and absolutely wonderful girlfriend and Dunn’s blustery, salt of the earth BFF is truly, legitimately sweet and endearing and provides the film with actual heart that so many of this type just seem so tone deaf with. It’s not a great film but it’s not a bad one either, worth it for the cast and the leisurely downtime these actors just get to chill and have fun with.