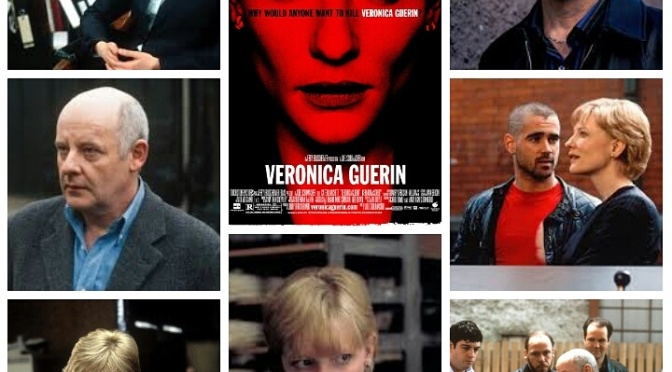 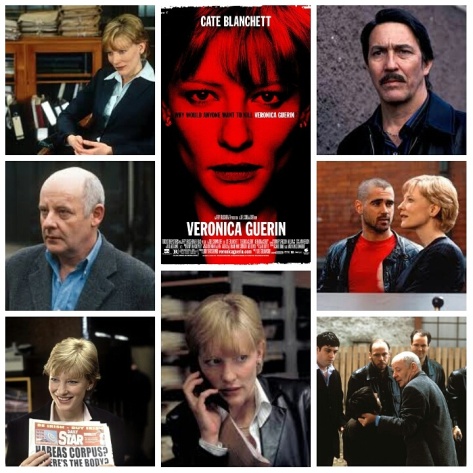 I can remember seeing Joel Schumacher’s Veronica Guerin when I was first allowed to start checking out R rated, more intense fare. Being far more impressionable that the desensitized veteran you see before you today, I had a royal emotional gut punch coming that I wasn’t even prepared for. I didn’t know what it was about or what I would see, all I knew was I loved watching movies and I was going to devour each and every one I could get my hands on. Well, it tells the true and very tragic story of Veronica Guerin, an incredibly fearless Irish journalist who almost singlehandedly waged war on the drug trade back in 1996. It’s a suicidal mission that involves hassling very dangerous people, putting her and her family’s lives in jeopardy and overturning stones that lead to nothing but trouble. But she won’t back down for a second, and Blanchett finds the noble belligerence in her. Now anyone who knows the story also knows that later in life she was assassinated, by order of the very same drug lord she was trying to take down, John Gilligan (Gerard McSorley). I feel like it isn’t really a spoiler and should be spoken of in a review, as it’s a huge beat and the essential part of the film. Poke the hornet’s nest and you’re liable to get stung, it’s just a shame that no one on her side could have done more to protect her and prevent the outcome, but when you have one woman crusading against both evil and casually corrupt indifference then I suppose she’s on her own anyway. “” is a chilling monster, an absolute sociopathic maniac who will go to any lengths of cruelty and darkness to keep his empire, and McSorley will give you shudders with his portrayal. Ciaran Hinds is great as sleazy and slightly conflicted John Traynor, an underworld informant who fed Veronica information and played a big part in her story. Colin Farrell shows up in an odd and completely random cameo, and watch for Brenda Fricker too. The end of the film and the events surrounding her death are intoned with a haunting musical montage, and I dare you not to burst into to tears or be swept away and deeply affected by Schumacher’s tender direction, the cast’s work and the sheer tragedy of it all. There’s another film about Guerin called When The Sky Falls with Joan Allen, and it’s worth a look, but this is the real deal, going to great pains to show the personal nature of Veronica’s quest, how much it meant to her, the sickness of a nation infected with drug addiction and corruption, and the game changing power which one human being can have over it all, even if they must sacrifice their life for it. Powerful stuff.