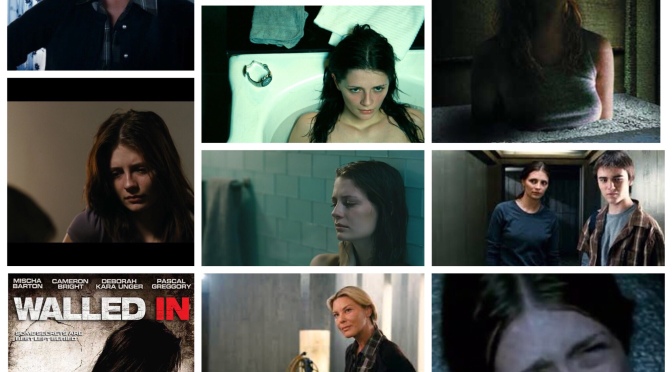 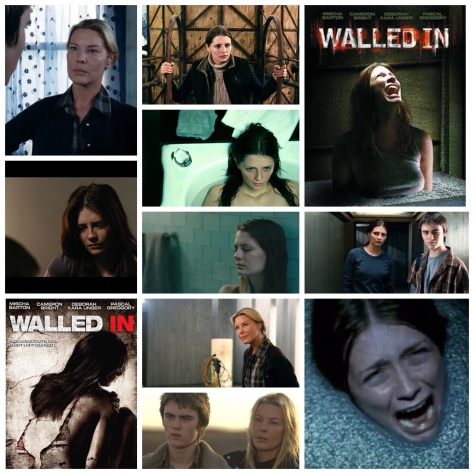 Walled In isn’t scary enough to be memorable or original enough to leave a lasting impression, it’s just one of those drab, grey, middle of the road horror flicks that comes and goes as quickly and unceremoniously as a sudden breeze through the room. The only notable reason for it existing beyond background noise is the presence of a few cool actors. Mischa Barton headlines, and despite her teen star shtick I’ve always thought that she’s a really good, engaging actress. Supporting her are Vancouver’s own Deborah Kara Unger and Cameron Bright, who always add class to any venture. Their trio of involvement made it worthwhile for me, but the story and production overall is just a hazy blur. Barton plays an agent for a demolition company who is overseeing the removal of a particularly old building, with some freaky secrets laid into the foundation. Unger is the building’s super creepy caretaker who knows what’s up but ain’t snitching to anyone, while Bright is even less helpful as her weird son. It turns out there’s hidden tombs in the walls where the long dead victims of a mysterious killer were shut in, and even years later the murderer may still be lurking about the place, which should have put Barton in the hot seat for some potentially suspenseful scenes, but alas, it’s a sleepy slog the whole way through. The thing would have been more lively as a video game or something, anything more stimulating than the cable level lack of thrills and chills doled out here. Barton was good, as she always is, but other than her, Unger and Bright, this is just mud.