Moy Priyatel’ Superzvezdy (My Superstar Buddy) Alex Nevsky is back. Fresh off his Showdown in Manila, and now with his biggest production to date – MAXIMUM IMPACT.

Andrzej Bartkowiak (DOOM, EXIT WOUNDS) directs a Ross LaManna (the RUSH HOUR movies) script that is fast, fun, furious and keeps delivering all the way to the closing credits. It’s the story of the battle against terrorism being fought on all fronts. Alex and his Russian security team join forces with Kelly Hu, Tom Arnold and the US company men to track down and stop a major international incident from exploding. When Eric Roberts’ US Secretary of State’s rebellious daughter goes rogue to be with her Russian boyfriend, she is at first feared kidnapped by the surprisingly comedic duo of Matthias Hues and Mark Dacascos, a failed television who has become the bag man for William Baldwin’s Man in the Shadows (as he is credited). What ensues is a race, not only to save the girl, but to stop all hell from breaking loose.

The action is top shelf, which is to be expected from a seasoned pro like Bartkowiak – this blends in well with the pen of LaManna who brings his Tucker/Chan chops to the forefront and lets the laughs ring out with grand timing. The big surprise other than the funny frolicking shared by Hues and Dacascos, is Nevsky. Alex does hard-hitting, action hero stuff in his sleep – but as he exhibited in Showdown (teaming with Casper Van Dien) – he is developing all the time as a versatile performer, and now displaying comedic freedom which this writer can see him parading in the future with roles, not unlike his idol Arnold Schwarzenegger, in Kindergarten Cop/Twins type territory. 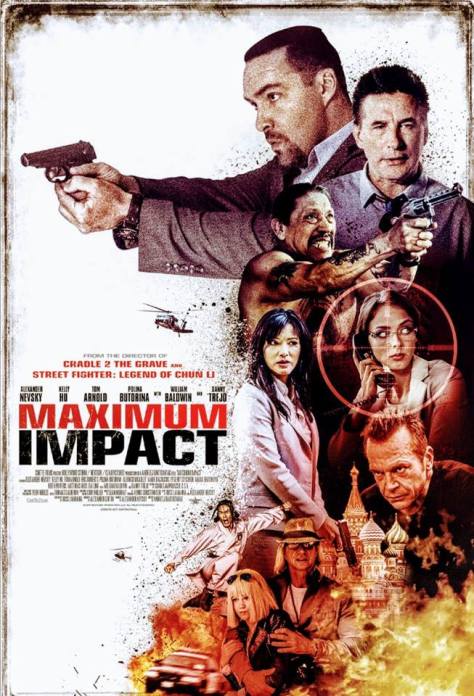 This is a major step up for Nevsky and, although this is the kind of film Hollywood doesn’t make any more (that medium-range budget action movie),  it great to see that it can still be put together independently with top-of-the-line talent in a beautifully slick and professional package that – just as Showdown was a kind of 80’s action movie homage – so now Impact is a look back to the 90’s style action/comedy.

Aside from all that chatter, it is simply a fun movie which I was anticipating and was not at all disappointed with. Alex is a top bloke and I hope you’ll have a listen to our chat and check out MAXIMUM IMPACT when it hits Blu-ray soon… 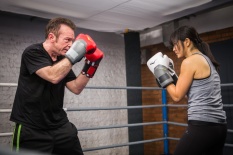 One thought on “BRACE FOR IMPACT!: An Interview with Alexander Nevsky by Kent Hill”