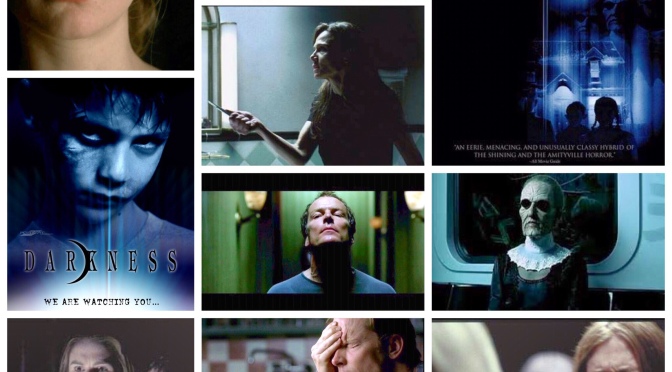 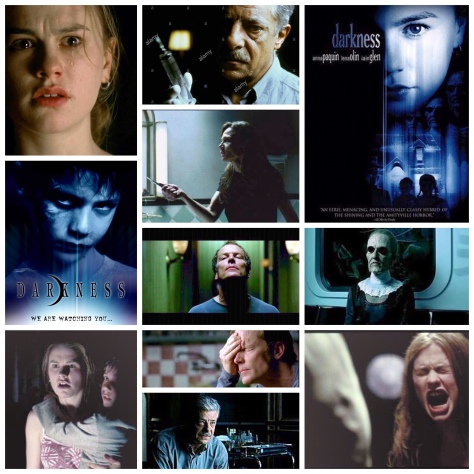 I’ve always loved Jaume Balegueró’s Darkness, an eerie Spanish horror film that went through some unholy distribution problems before finally being dumped out by Dimension films as a heavily edited PG-13 version circa 2004. There is, however, an unrated cut floating around out there on DVD as well, and that’s the one to buy as it is longer, darker and way more grim. Marketed as an Amityville style chiller, it’s a little more ambiguous and esoteric than simply a haunted house yarn, concerning an American family who journeys back to Spain to the childhood home of disturbed husband and father Iain ‘Ser Jorah’ Glen. Staying at his ancient childhood home in the countryside, old ghosts from the past are dug up, unfriendly locals hover about the edges of town, Glenn’s psychological symptoms get worse in that environment and his seemingly friendly father (the great Giancarlo Giannini spooks it up royally) clearly knows more than his affable manner is letting on. Anna Paquin is great as Glenn’s daughter, clearly used a lot for marketing following her X Men fame, and Lena Olin does fine work as her mom. This one doesn’t spell everything out but rather takes its time setting mood and atmosphere, and not until the third act do we have any real idea what is going on. The scares are subtle and crawl (sometimes literally) out of the woodwork when you least expect it, and the folk-horror element gets pushed nicely into the forefront later with themes of sacrifice, possession and the raw, evil potent that can seep out of a full solar eclipse. You won’t find a lot of praise or great reviews for this, hell there aren’t many reviews floating around as it is, those cunty Weinsteins messed around with yet another awesome film and somewhat buried it, but if you can find that unrated DVD, it’s a really satisfying mood piece dripping with constant unease, mounting rural dread and heaps of the titular Darkness, both visually and thematically.

One thought on “Jaume Balagueró’s Darkness”