I have always been hesitant about writing in the first person when it comes to anything analytical, one thing instantly comes to mind; Robert Prosky in BROADCAST NEWS saying “who the hell cares what you think?” after watching William Hurt, a network anchor, say “and I think we’ll all sleep better tonight.” At the risk of sounding like a flippant fanboy (which I am), I think what I have to say about this topic, and this auteur, in particular, is important. When it comes to the minority of naysayers and torchbearering wokaholics, Quentin Tarantino and his latest and most seminal film, ONCE UPON A TIME IN…HOLLYWOOD has become an easy target. Violence against women, Margot Robbie doesn’t have enough lines, it glorifies toxic masculinity – no, no, and NO – the film surely does not.

Tarantino is fundamentally important to me as not just a cinephile, but as a person. I wore out my used VHS copy of RESERVOIR DOGS when I was in middle school. My mother forbid me to watch it, and my Dad embraced it. One of the benefits of being a child of divorce. It was cool, sexy, violent, and overly masculine. It made me feel empowered yet cautious. Would I want to be a Reservoir Dog in a black suit and carrying a big gun? Kind of, yes. But did I really want to live that life, where less than one percent of that life is glorified in encapsulated moments on screen? No. No, I did not. Tarantino has a fanbase that isn’t so much a cult as it is an organized religion, and QT will always be our cinematic lord and savior.

Not only were these musicians, films, and actors all put on my radar, so were genre pictures, and sub-genres. His films are not only an encyclopedia of all that, but also a chose your own adventure. After seeing ONCE UPON A TIME IN…HOLLYWOOD, I instantly ordered C.C. & COMPANY and THE ILLUSTRATED MAN and watched both instantly upon arrival. Anyone who knows me well knows that was an incredible feat I pulled off: watching a movie as soon as I bought it. Not only does Tarantino’s films make me feel good, they send me on a quest of an actor or band’s catalog and I immerse myself into everything I can in microbursts that send me to buy bootleg DVDs of Michael Parks’ movies on eBay, or scouring record stores for cassettes of The Delfonics.

Quentin Tarantino and everything he’s created, curated, and recommended – everything that is Quentin Tarantino is important to me. I hold him and everything that comes with him sacred. Which is why I was so deeply moved by the haunting beauty of ONCE UPON A TIME IN…HOLLYWOOD. Sure, it is a jovial bromance between a fading star and his stuntman, as well as portraying Sharon Tate as this beautiful showboat of purity and everything that was once good in the world, and revising the wrongs that history should have gotten right. There is a multitude of takeaways from this film, and that’s one of the reasons it so rewatchable and so fucking alluring. The film is an experience. You get immersed by it; you become lost in a place where there is no space and time.

For me, the film plays like a Sam Peckinpah picture. Leonardo DiCaprio and Brad Pitt are two men who are coming to the realization that the world, their world, has progressed past them. There really isn’t a place for a fading TV star who fucked up his movie stardom, and his faithful, wife killing, war hero stuntman who is the epitome of loyal, who will stand by him when everyone else has abandoned him. And then there’s Margot Robbie as Sharon Tate, who is portrayed as a goddess of fertility and good, whose performance is ever more powerful because everyone knows her fate. The three of them have no place in the world anymore.

Are you the fading movie star who comes to the realization that his previous transgressions coupled with cultural advancements have left him as the bad guy on prime time tv? The one who doesn’t even know who he is? His phonies and insecurities have boiled to the surface, and he’s become a fragile and emotional being? Or are you the stuntman? The anthesis of stoicism; the rocksteady one who deals with problems on their own terms; right or wrong, it gets handled and the problem is over. Are you the one that carries the load? Does the heavy lifting?

This is not singular to men. These are two people that have broad strokes that encompass any individual and are as relatable as Bill and The Bride, and Jackie Brown and Max Cherry. Yet, the ending of the film, the saving of Sharon Tate elevates not just these two characters and the film, but Tarantino himself to a rung of uncertainty. Tarantino is surely an amalgam of both Rick Dalton and Cliff Booth, and one thing is for sure, he knows his days as a final cut artist are numbered. He’s become an artist without a means to an end. With the downfall of Harvey Weinstein, he became a filmmaker without a studio. The #MeToo movement had nearly dragged him down to the point of no return until he signed Leonardo DiCaprio, Brad Pitt, and Margot Robbie to his next picture after Sony beat all the other studios into submission over a bidding war for QT’s ninth film.

Tarantino had always been a problematic filmmaker. His excessive use of the word “nigger”, he “glorified” violence and drug use; and then when THE HATEFUL EIGHT came out, to a hostile environment of the beginnings of Donald Trump’s America. Tarantino was caught in the crosshairs of the alt-left and their faux outrage over violence towards Jennifer Jason Leigh’s character (who was the villain, mind you) and cartoonish racism aimed at Sam Jackson’s character. If you stayed until the end of the movie, you’d find that the racist and the black guy come together to hang the evil bitch, coming together to serve not just justice, but retribution.

AND THEN Tarantino decided to march in a Black Lives Matter protest in New York City, that quickly eroded any support and counter support that he had from the “silent majority”. He was in a lose/lose situation. There was no way out of this. So what does he do? He crafts a fucking masterpiece that is ONCE UPON A TIME IN…HOLLYWOOD as not just an ode to the era, and himself, but to who he is as a filmmaker.

The Atlantic and The New Yorker and even Time Magazine, fucking TIME MAGAZINE, released half baked and lazy think pieces on Tarantino and how he’s “problematic” with the way he treats women. What those three analysis had in common is they had a lazy argument for a shit opinion. Tarantino loves women. LOVES women. Sure, some of his characters have hilarious demeaning deaths, but so do male characters. He has created bold and empowering female characters that are worshiped by both the world inside the film and the audience themselves. The Bride, O-Ren, Jackie Brown, Mia Wallace, Sharon Tate, Jungle Julia, Broomhilda, and Santanico Pandemonium are just a few. 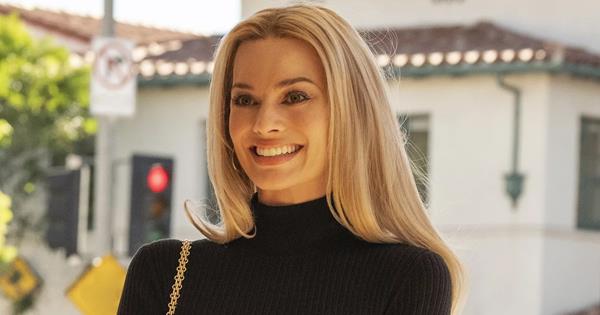 And while I can understand perspectives, and am empathetically in tune with how violence against women can be a breaking point for audience members, who the fuck are you, me, or anyone else to tell an artist what they can and cannot do with their own work? The world can be evil, ugly, and bad – and at times, art and artists are a direct reflection of that. At the time this “editorial” was written, Donald Trump is trying to buy Greenland, children are being taken from their families and locked in cages, and people are walking around carrying weapons designed for maximum carnage killing school kids, and mothers, and fathers, and friends, and neighbors, and lovers – and you want to use your corner of the internet and complain about Manson Family hippies getting torched and graphically killed? You’re not helping. At all. All your nuance is temporarily going to stick to the landing. Once we make it through and the pendulum swings back to a President who gives a fuck, then absolutely no one is going to give one single fuck that Brad Pitt broke the face of a hippie girl with a thirty-two ounce can of dog food.

Quentin Tarantino doesn’t make films for me, even though it feels that way for me, he doesn’t make them for you, and he sure as shit doesn’t make them to offend people’s delicate sensibilities; he does what any great artist does. He makes art for himself because he has to.