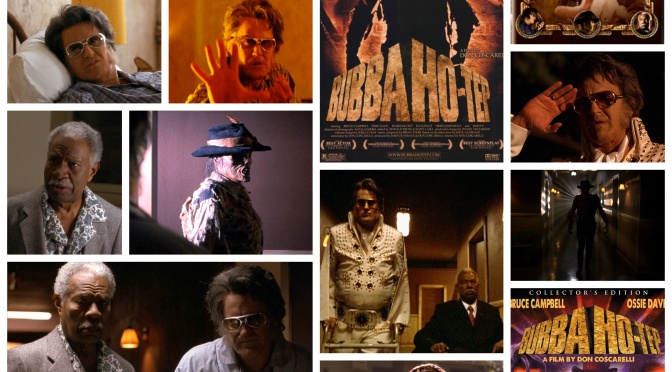 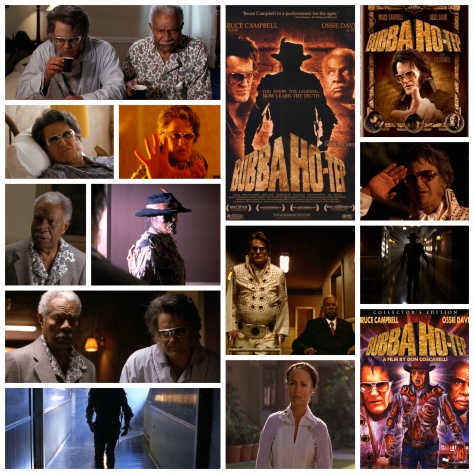 You don’t often find films as special as Don Coscarelli’s Bubba Ho Tep. On paper it sounds kinda out there: an aging Elvis Presley (Bruce Campbell) and an African American JFK (Ossie Davis) battle an evil ancient cowboy mummy in their Texas care facility while reminiscing about days gone by. The premise alone could lead anywhere but Coscarelli’ & Co infuse it with black comedy, surprising pathos and some cool, creaky practical creature effects for one eclectic package. Campbell is that rare actor who is always dynamic no matter wat the role or project, but this may be the peak of his career, Evil Dead aside of course. His soulful yet cantankerous take on The King is a brilliant, sad, hilarious and meaty performance that goes to some surprisingly personal places, when he isn’t trying to kill vicious little scarab beetles. Davis is wonderful in a role that’s tough to imagine let alone pull off, as a grumpy old ex president who is adamant that the government forced him into a pigment alteration process so no one would believe he’s JFK. Coscarelli’s process sees these two elderly gents in a fight not only for their own survival but for their collective redemption too and the swaggering, soul sucking Mummy can almost be seen as the Grim Reaper himself coming for them, eliciting some eleventh hour personal revelations and last minute soul searching that provides the film with its warmth and humanity. As JFK wistfully remembers what he did right and wrong in the White House he resolutely says “We did the best we could in the time that we had.” Elvis recalls what it was like to permanently exit fame by switching places with an impersonator and what led him to the decision, “it wasn’t the same anymore, the girl I loved was gone and the rest of them were just girls..” In a film whose main antagonist sucks souls through people’s assholes it’s interesting to find such a rich, deep gravity and inwardness to the these two essentially outlandish characters. That’s what I find so beautiful about this film though; It’s undoubtedly a horror flick, one of the most inspired and imaginative variety. But within there’s also a touching, believable summation of two men’s lives and an achingly affecting look at how they rage against their inevitable end one last time. Brilliant film.