Controversy sells right; the more shocking, obscene, the more worthy of the front page? Yet, when it comes to movies, people, it seems, are well defined in relation to their tastes. There are those with high-brows, that believe a spoonful of Marvel ain’t  gonna make the medicine go down – and nothing short of complete cinematic opulence will cut the mustard.

Rene Perez makes B-movies. He makes no bones about it. But, that doesn’t mean his stories lack the depth of a celebrated filmmaker’s voice that many cineastes would site with greater reverence. Yes, his politics does hog a large portion of the spotlight in The Insurrection (see my review here), but it always shares the stage with his love and inquisitive nature with regards to character and the human condition. He is a storyteller intrigued by the grandest conflict, which is the one inside us all.

The Insurrection is presently available all over the world via Vimeo, so there is no excuse not to see it. Unlike even the worst entries in his filmography, and as he has personally stated, The Insurrection has failed to find a distributor. One can almost hear the distant echo, carried on the thermals out of the heart of the now silent Dream Factory calling, “Don’t bite the hand that feeds you!” However, when you are such a self-sufficient artist, as is Mr. Perez, you are endowed with the ability to transcend barriers of the style and genre applied to the tale you are piecing together with pictures…and actually say something. 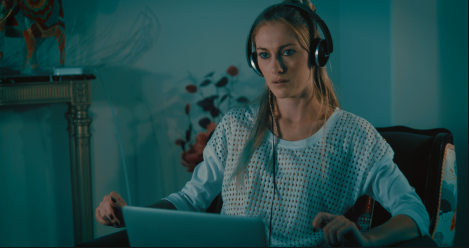 Here with writer/producer/director/editor/composer/cinematographer Rene Perez and his astonishingly talented, beautiful and charismatically magnetic leading lady, Wilma Elles, we look a little deeper at the film Hollywood might not want you to see…but you should.

THE INSURRECTION IS AVAILABLE NOW!!!

IT’S ALSO AVAILABLE ON AMAZON FOR VIEWERS IN THE USA!!!