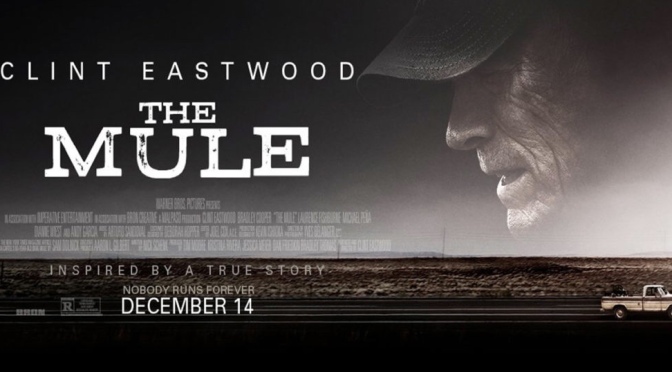 Talk about laidback and low key. I knew by the trailers that Clint Eastwood’s The Mule wasn’t going to be an outright thriller or anything intense despite the subject matter but I really appreciated how wistful, elegiac and at ease with itself this film was. Eastwood is knocking at 90’s door and is still spry as a sprite, once again taking both acting and directing duties in the story of Earl Stone, an elderly horticulturalist turned drug mule for the Mexican cartel. Earl is an egocentric social butterfly who could never seem to find time for his family or put them before his needs. His wife (Dianne Wiest) resents him, his daughter (Alison Eastwood) full on abhors him for missing her wedding. Only his granddaughter (Taissa Farmiga keeps getting more fantastic with each new role) holds out hope and still welcomes him with open arms. He’s all but broke when his garden centre is foreclosed upon, until a chance meeting puts him in touch with underworld operatives and before he knows it he’s ferrying lump sums of narcotics across the states for very dangerous people. This character fascinated me because even when he gets this extremely lucrative opportunity that allows him to partly buy his way back into his family’s life, he doesn’t understand or ignores the fact that if they knew where he got all this money from he’d be more in the doghouse with them than when he started off. This is essentially a story about a guy who never took responsibility, who never took life seriously enough to have a proper legacy until he gets an eleventh hour chance to do so. There’s a workaholic DEA agent played excellently by Bradley Cooper and they share a few chance encounters that capture the essence of this story nicely. They’re two men on opposite ends of the law and very different places in their life who are nonetheless able to share a few moments, enlighten each other’s perspectives and be all the wiser because of it. I loved this story because it ably showed how even in one’s twilight years when one is *still* making mistakes, it’s not too late to reconcile or turn it all around. Great film. 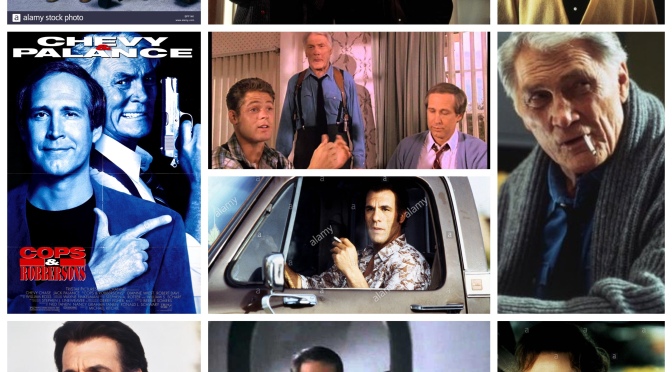 Passengers is a low key supernatural drama that came and went with little fanfare or attention back in 2008. Part of the reason for that could have been that it was marketed as a thriller, which is not so much the case. There is an eerie vibe to it, and certainly a paranormal component, but it’s quieter and much closer to the chest than advertising might suggest. It wasn’t reviewed very well, branded as predictable and derivitive. Some of its plot devices have been used before in the past, to be sure, but I greatly enjoyed the film and loved the way in which it’s story unfolds, told very well by its sturdy cast. Like Mark Pellington says, fuck the people, that’s why there’s 31 flavors. Anne Hathaway is excellent as Claire, a grief counselor who is tasked with looking out for a handful of people who have survived a catastrophic plane crash. She’s new to her profession, her eagerness laced with self doubt, yet she remains hopeful. All of a sudden, the patients in her cate begin to disappear mysteriously, and she starts to question the situation, as well as her own reality. The survivors are damaged and not fully willing to open up to her, collectively scared of some unseen threat. Claire has repeated run ins with a unknown and very distressed man (Andrew Wheeler, local vancouver actor and former teacher of mine) who has ties to the accident. It’s all hush hush and quietly unsettling, until we slowly begin to realize what’s actually happening, and the it changes gears and becomes very touching and thoughtful. Clea Duvall is great as one of the skeptical survivors, Patrick Wilson solid as always, and there’s work from Dianne Wiest, William B. Davis, Andre Braugher and briefly David Morse. Sure, this type of story has been done to death time and time again, draining new efforts of some of their effect, but if one comes along that gets it right, tells it’s story in a way that holds both my emotion and interest in its spell, I’m all ears. This one did just that.