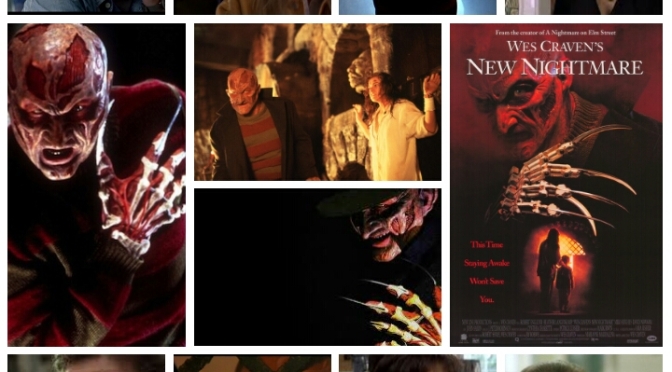 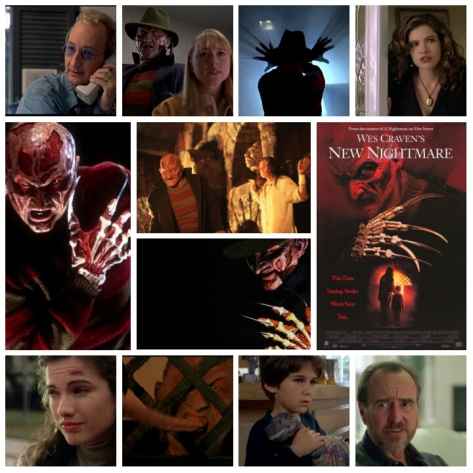 Sleek, frightening update on a sagging franchise. Brilliant use of a meta concept that could have easily taken the silly route. Imaginitive, jaw dropping practical effects. A darker, less flamboyant take on the iconic character Freddy Krueger. Wes Craven’s New Nightmare was the best Freddy flick to come along since Dream Warriors, the third installment. After the stale and awkward sixth film, Freddy’s Dead: The Final Nightmare (my ass final), there really needed to be a game changer, something fresh and solid that would shake up a routine that had been getting fairly silly for some time. Who better to facilitate that than the man who kicked the entire legacy off back in 84′, Wes Craven himself? Back with a vengeance and a whole grab bag of new ideas, Crane brought forth a new, remodeled version of the Freddy lore, with some innovative twists. This one takes place in the real world, where Heather Langenkamp is Heather Langenkamp and not Nancy, Robert Englund is actually Englund and not Freddy. Heather has a young son (Miko Hughes, the go to little tyke of the 90’s), Englund is relaxing and trying out the artist’s life, and Craven, also playing himself, has big bold ideas for the Nightmare franchise. The meta doesn’t stop there though; Whatever Craven is cooking up has somehow awoken a very real, very serious and very scary version of Freddy who is now trying to break free from dreams and into our world, using young Hughes as a conduit, and wreaking havoc left right and center. Heather knows the only way to put a stop to the evil is to face Freddy, as Nancy, one last epic time. I love the high concept, I love that Craven conceived of this and got it made, it’s one of the most inventive horrors ofnthe decade. When Freddy does show up, he’s dead straight serious without a quip or wisecrack in sight. His design and attitude are way darker too, he’s a suitable real world dream demon that makes the Englund of past outings look like Big Bird. The special effects crafted for the netherworld Heather ventures into are a confusing labyrinth of body horror, ornate production design and impressive imagination. A complete vision of the Elm Street legacy that does what few horror franchises attempt, let alone succeed at: It reaches beyond the tropes that have got it to where it is and pleased audiences so far, breaks new ground and reinvents the legend.