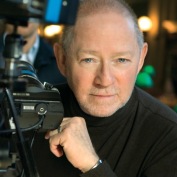 Podcasting Them Softly is extremely excited to present a chat with cinematographer Steven Poster.Steven has compiled an eclectic mix of credits throughout the years, stretching over a wide range of genres and styles. He’s worked with maverick indie director Richard Kelly on the cult classics Donnie Darko and Southland Tales as well as the underrated sci-fi thriller The Box. He shot the provocative Los Angeles sexual drama Spread, Ridley Scott’s Someone to Watch Over Me, Rocky V, Big Top Pee Wee, and 80’s classics Strange Brew and The Boy Who Could Fly. Early second unit credits include Close Encounters of the Third Kind, Starman, Big Trouble in Little China, as well as camera operation duties on Robert Altman’s brilliant 1978 drama A Wedding. Steven also currently serves as President of the International Cinematographers Guild. His upcoming projects for next year include the horror sequel Amityville: The Awakening and the indie drama All Good Things. We hope you enjoy our discussion!