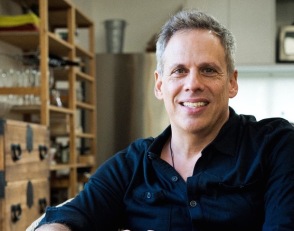 Podcasting Them Softly is honored to present a chat with actor Josh Pais! Josh is one of those great performers who has quietly amassed an insanely rich body of work, and if you don’t immediately recognize his name, you more than likely know his face from something you’ve seen, or 10 things that you’ve seen, as he punctuates everything he appears in with humor and intelligence and a great sense of craft. Some of his fabulous big screen credits include Synechdoche, NY, Adventureland, Year of the Dog, Teeth, Rounders, A Beautiful Mind, Phone Booth, A Civil Action, Scream 3, Arbitrage, the wildly underrated dark comedy Leaves of Grass, the excellent social comedy Please Give, and of course, one of his most memorable big screen performances came in Lynn Shelton’s Touchy Feely, who of course is one of the original friends of Podcasting Them Softly. Josh‘s work in TV is beyond reproach, having made appearances on Ray Donovan, Law and Order SVU, Sex & Drugs & Rock & Roll, The Good Wife, Sex and the City, Rescue Me, and dozens more. Upcoming projects include the remake of the classic Martin Brest comedy Going in Style, the Hank Williams musical biopic I Saw the Light, and a new film from Jason Bateman called The Family Fang. Josh is also the founder and director of Committed Impulse, high performance training for actors, artists, and entrepreneurs.  We hope you enjoy this informative and extremely entertaining discussion!