Mark Pellington’s The Mothman Prophecies takes a harrowing look at a curious set of events that did indeed occur for real in the rural West Virginia area. Now, just how much of what we see in the film actually happened is eternally unclear, but I’ve read up on a lot of it and there’s enough testimonials, independent of each other, to both justify the film and shiver your spine. A myriad of unexplainable phenomenon plagued those poor people for some time back then, including visions, eerie phone calls and a mysterious red eyed creature in the shape of a giant moth. Businessman Richard Gere and wife Debra Messing come face to face with what appears to be this entity one night on a lonely stretch of highway, causing a grisly car crash and leaving Messing in a dire psychological state. With the help of a local policewoman (Laura Linney), Gere unwisely tries to figure out this terrifying mystery by putting himself way closer to the occurances than I would ever go, experiencing the stuff of nightmares along the way. Pellington comes from a music video background and as such he is incredibly adept at creating style and atmosphere (his opening credits for Arlington Road are almost as foreboding as anything in this film), two key elements in successfully telling a tale such as this. Gere wanders around in a daze most of the time, distraught over his wife’s condition and obviously influenced by forces unknown. Whatever is out there remains blessedly unseen save for a few hurried glimpses, say, behind a tree or at a kitchen window momentarily, spurring heart attacks from both audience and the poor sods stuck in this brooding bad dream. Rounding out the cast is Alan Bates as the obligatory historian who has seen this all unfold previously in some far corner of the world, and an excellent Will Patton in a frightening turn as a rural farmer who comes who becomes tragically influenced these dark forces. No one plays disturbed quite like him, a jittery, resolute calm always playing around in his eyes, the perfect presence to set anyone on edge. The finale sort of emerges from the chrysalis of dark atmospherics into large scale disaster mode, a choice which didn’t really work for me. I would have preferred to have it kept intimate and creepy right up until some kind of moody end, but they went with fireworks instead. Not enough to hurt the film of negate what came before though, it’s just too good of a time in the haunted house to be dragged down by anything, really. Chilling stuff.

We proudly present a podcast with special guest Mark Pellington.  Mark has an eclectic filmography spanning from the MTV music video generation where he directed Pearl Jam’s JEREMY, INXS BEAUTIFUL GIRL, and U2’s ONE among a few.  Mark’s feature film are startling reflective pieces of work including GOING ALL THE WAY,  ARLINGTON ROAD, THE MOTHMAN PROPHECIES, HENRY POOLE IS HERE and I MELT WITH YOU.   His latest work is a short musical film called LONE and NBC’s new show BLINDSPOT where Mark directed the pilot.

I MELT WITH YOU is available to stream on Netflix and Amazon Prime.

LONE is available to rent or purchase on iTunes, Amazon Instant Video, and Vudu. 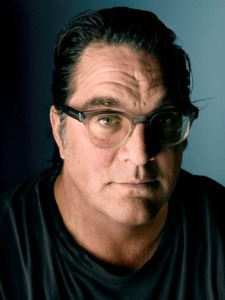 We would like to thank Mark for how gracious he was with his time, and it was an absolute pleasure to speak with him.  Please check out Mark’s personal website here.