I love stories that question the parameters of humanity’s collective ancestral belief, faith and reason, tales that dredge up ancient horrors and turn them loose on a modernized, very ill prepared and unsuspecting world. We’ve all turned the lights out to go to sleep at night and shuddered at the thought of something supernatural in the bedroom with us, pondered the presence of beings beyond trees and wildlife watching us when in the woods at night and entertained the ideas of the irrational, esoteric and unexplainable. HBO’s adaptation of Stephen King’s novel The Outsider has concluded its first season and my god what a stunner, a darkly gorgeous, oppressively uneasy and wholly human treatise on everything I opened this paragraph with and more.

This story starts routinely enough: in a small US community a young boy is found savagely murdered and sodomized in a rural area. All signs seemingly point towards local math teacher, little league coach and family man Terry Maitland (Jason Bateman displaying a startling level of gravitas I didn’t think him capable of), with multiple witnesses and various security cameras all over town implicating him pretty cut and dry. Lead detective on the case Ralph Anderson (Ben Mendelssohn, fantastic as ever) makes his arrest, the DA viciously prosecutes and everything seems to be wrapping up pretty neatly… until it doesn’t. Bit by bit evidence starts to not add up, unease creeps into the procedural and something increasingly otherworldly hovers on the fringes of everyone’s awareness, some quick to believe and others skeptics until the last second. That’s about all I’ll say in regards to plot because every viewer deserves to have this tantalizing, shocking mystery furl out unspoiled for them.

This show is so effective because of how counterintuitive it feels compared to many other King adaptations. Because he’s predominantly a horror writer there’s a lot of gory effects, heavily dramatic performances and special effects employed when bringing his work to life in film and television, but not so much here. Yes, there is a supernatural element and yes there are gruesome aspects to it but there’s a lack of obvious FX and subtlety infused into each one of the human performances, all of which I genuinely cared about and felt each arc hit hard. Mendelssohn and Bateman are brilliant, the latter not getting as much screen time but using it for maximum impact in a soulful performance that goes against the grain of his largely comedic career. Others are wonderful including Paddy Considine, Bill Camp, Max Beesley, Julianne Nicholson, Mare Winningham, Marc Menchaca, Yul Vasquez, Derek Cecil, Jeremy Bob, Hetienne Park, Michael Esper and more. My favourite performance and character is Cynthia Erivo as Holly Gibney, a slightly clairvoyant private investigator who sees the world just a bit differently and is the perfect person to have as head needle on the compass of this hunt for a heinous killer. Erivo got an Oscar nom this year, has been steadily producing brilliant work and I look forward to whatever she’s going to do next with great interest, her Holly is a sharply intuitive, subtly emotional, determined woman who is always just ahead of the curve and blends fierce pragmatism with empathy buried just below. Overall this season is a spellbinder, a dark story with touches of folk horror, well drawn characters, eerie music, haunting visuals and a real sense of place as is the case with King’s work. They have hinted at a second season and I’d be pumped if such is indeed the case but as it is this first instalment speaks for itself as a well crafted piece. Terrific stuff. 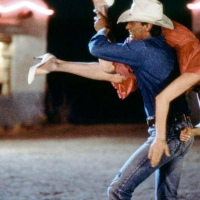 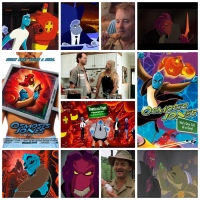 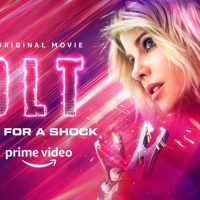 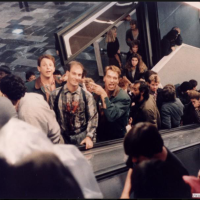 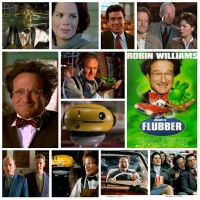