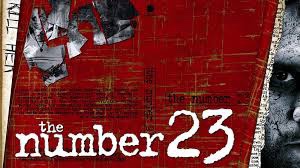 Joel Schumacher’s The Number 23 is one of the silliest films I’ve seen in a long time, so much so that I couldn’t even really get mad at it, I just sat there in disbelief looking at this adorable kindergarten level film noir huff and puff and try to be edgy and dangerous. Maybe it’s the fact that Jim Carrey is in a serious role, or the script is just so hilariously scattered and overcooked or that Carrey plays a freaking dog catcher (do those even exist anymore?) but for whatever reason I just couldn’t take this thing remotely seriously. So the plot, best as I could jigsaw it together from the hack job of a script: Jim is a mild mannered animal wrangler who finds an ancient Nordic mask that when worn, turns the wearer into- gotcha, didn’t I? Okay for real this time: he *is* an animal wrangler but instead he finds a little self published memoir written by a disturbed big city cop named Fingerling (also Jim with spray on tribal tattoos). In this book the detective is plagued by the number 23, which seems to show up everywhere including, you guessed it, in the real world where it haunts animal wrangler Jim as well. His wife (Virginia Madsen) and kid (Logan Lerman) do their best to both play along and look on in concern as he lets a numeric equation take over his life. There’s a grab bag of subplots including a mysterious psychiatrist (an uncredited Bud Cort), Danny Huston as a colleague who does his best to help, a death row inmate (Mark Pellegrino), a secretive dead girl (Rhona Mitra) and, uh.. a mysterious dog that leads people to gravestones of importance. It all seems hastily thrown together, none of it works or makes any kind of sense let alone lands with any emotional impact or narrative synergy and the ending left me chuckling in bemusement, my lack of conviction in this film equaled only by that it has in itself, which apparently is none. The wannabe noir cutaways to the book about Fingerling are laughably try-hard (Carrey literally wistfully plays a saxophone and stares out an apartment bay-window) and wincingly faux kinky, the psychological character aspects involving the twist ending are so far flung I threw my arms up in surrender and honestly it all felt like several better films tossed into a magic bullet and puréed into an indistinguishable pulp. The only scene with any kind of real power is in a graveyard with this fog, who fascinated me; a priest (Ed Lauter, RIP) informs frenzied animal wrangler Jim that this is a spirit dog who watched over the souls of the dead by standing at their graves. This scene *actually* has conviction, atmosphere and emotional substance, and it gave me chills… but it’s untethered from the film as a whole and has no bearing on the context or overall plot! It’s just… a scene! out of the ether! The same goes for the film as a whole.. what does the dog have to do with the dead girl have to do with the shrink have to do with Jim’s knockoff tribal tattoos have to do with the number 23? Not much of anything, and what little does fit together or add up… just feels stupid.

There is no denying that a good percentage of the films we count today as iconic, came from the 70’s. With the birth of the easy riders and raging bulls, it would be the first and last time filmmakers would enjoy true creative freedom, as well as being able to present personalized films to the movie-loving audience at large.

Now. When we think of the 70’s, the new Hollywood, there are the usual suspects that come to mind. But, there is a name that, for whatever reason, has been absent from the list when it leaks from the tongues of cineastes the world over. That name is the name of Hal Ashby. One of the great individualists to come out of his era, Ashby’s cinema is at once quietly profound and intensely calm. He was an artist that saw the world for what is was – in its entire obnoxious, absurdist best, Ashby captured the beautiful frailty of the moment, no matter how strange, or violent, or sensual, or funny.

Still, with all the freedom they enjoyed, the filmmakers of the 70’s were far from immune from the ‘tampering of the suits’. Ashby, like his contemporaries, raged against the ludicrous interference and mindless nitpicking of the powers that control the content that comes to a cinema near you. And, in fighting for his vision, he was labelled troublesome, rendered weary and eventually would succumb to a career that watched him bravely, and perhaps at times foolishly, burn the candle at both ends.

Amy Scott has produced, at last, the grand portrait of a man who made some of the defining films of his generation – or any generation from that matter. With the blessing of Ashby’s estate she as unearthed a veritable trove of Ashby gold, from letters to recordings of the man himself – telling it like it is, or was, or perhaps someday will be.

Hal is a documentary that has been on the road to find out. I for one can’t wait for you to see it – I for one, am just glad it’s out… 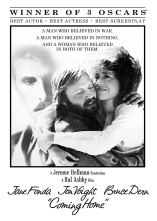 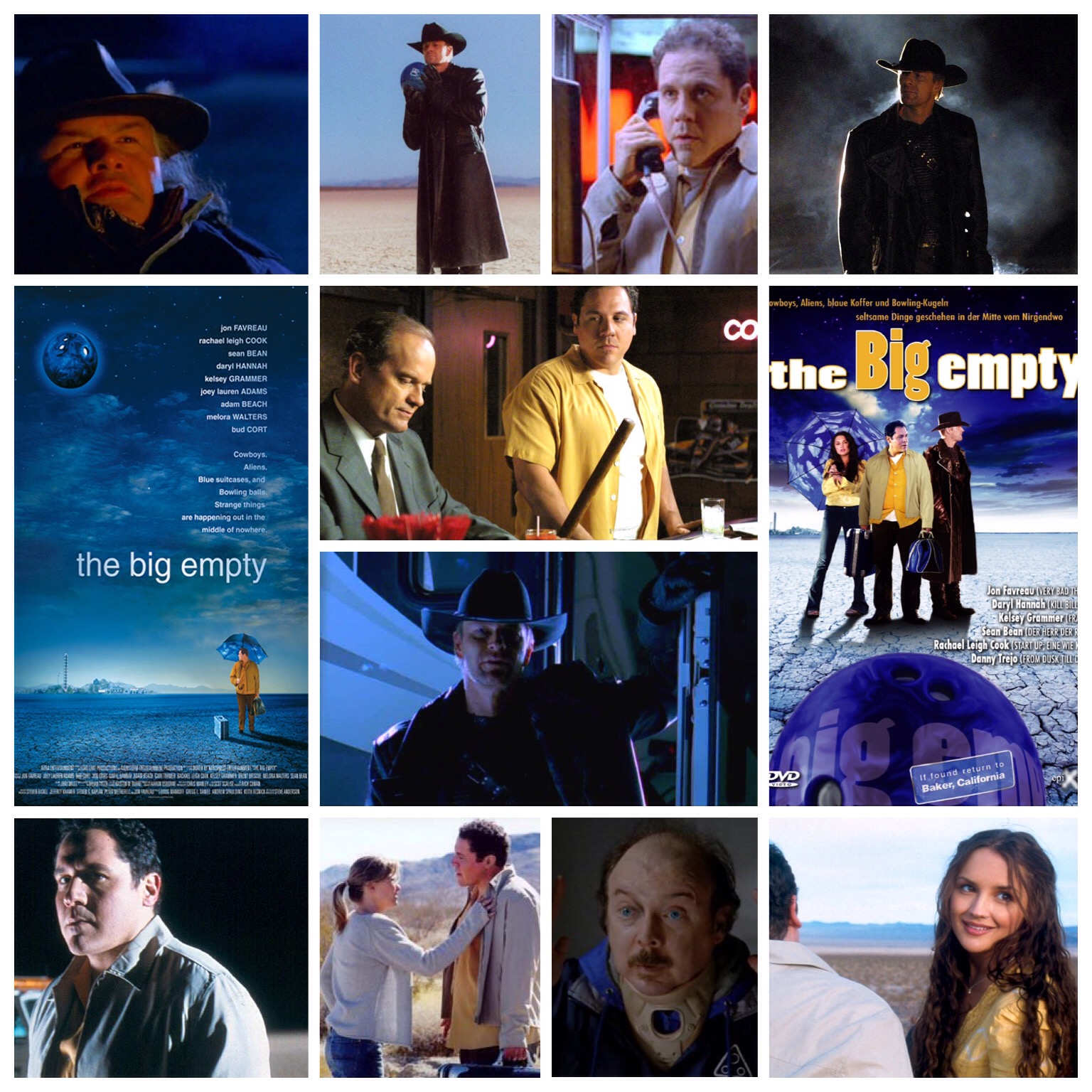 The Big Empty is a quirky, off kilter little flick that packs a backpack full of borrowed elements from the Coen brothers and David Lynch, before embarking on a perplexing outing into the Twilight Zone. That’s not to say it rips any of these artists off, and indeed it’s got a style and cadence all its own. It just loves other oddballs before it and wants to wear it’s influences proudly. Everyone’s favourite lovable schlub Jon Favreau plays John Person, a flailing, out of work actor. He’s presented with a dodgy proposition by his whacko neighbour Neely (eternally bug eyed Bud Cort). Transport a mysterious blue briefcase to a remote town in the Mojave Desert called Baker. There he will meet a much talked about, little seen individual called The Cowboy (Sean Bean), who will take the case off his hands. He agrees, as he must in order for us to have a film to watch, and heads out to the back end of nowhere. In any respectable piece like this, the town our hero visits must be populated by weirdos, eccentrics, dead ends, missed encounters and an abiding, ever present atmosphere of anomalous peculiarity. Right on time, he meets a host of charming characters, including Grace (Joey Lauren Adams), her sensual daughter Ruthie (Rachel Leigh Cook), Indian Bob (Gary Farmer), grouchy FBI Agent Banks (Kelsey Grammar), and a bunch of others including Daryl Hannah, Melora Walters, Jon Gries, Brent Briscoe, Adam Beach and Danny Trejo. He’s led from one head scratching interaction to the other, each step of the way proving to be a step behind the elusive Cowboy, with no form of coherence appearing to ease poor John’s bafflement. I was reminded of Jim Jarmusch, particularly his masterpiece Dead Man, perhaps because Gary Farmer appears in both, but most likely mainly due to the fact that both films follow a hapless Joe on a journey that doesn’t seem to be going much of anyplace, but holds interest simply by being bizarre enough. Favreau is the only one that doesn’t fit, the outsider whose laid back suburban affability creates friction with almost every individual he meets, all who seem to have wandered in from the outer limits of some other dimension. Sean Bean is relaxed, mercurial with just a dash of danger as The Cowboy, quite possibly the strangest person John meets. The film has unexpected jabs of humour too, which occasionally breach the surface of its tongue in cheek veneer of inaccessibility. Upon meeting Indian Bob, John inquires: “Are you Bob The Indian?”. Bob jovially retorts “No, I’m Lawrence the fuckin Arabian.” Gary Farmer brings the same cloudy, sardonic cheek he brought to the role of Nobody the Indian in Jarmusch’s Dead Man, which had much the same type humour as this one: little moments of hilarity buried like treasures amongst the abnormal. Sometimes I muse that films like these which seem to really go nowhere in high style are there simply to give your brain a workout in odd areas that it wouldn’t normally play in. Set up a voyage like this, lead the audience down a yellow brick road and arrive at.. well basically nowhere in particular, just to chuckle at your efforts to figure it all out, jab you in the ribs and say “Don’t take this shit too seriously, man!”. Or maybe not. Maybe there’s deeper meaning behind the meandering, that will reveal some holy significance. This one, though, I doubt it. It’s pure playtime.

The voice cast is one of the most eclectic and brilliant voice casts ever.  Bridges headlines as the Aviator, Rachel McAdams as the Mother, Paul Rudd as Mr. Prince, Marion Cotillard as the Rose, James Franco as the Fox, Benico Del Torro as the Snake, Bud Cort as the King, Paul Giamatti as the Academy Teacher, Riley Osborne as the Little Prince, Mackenzie Foy as the Little Girl, Ricky Gervais as the Conceited Man, and Albert Brooks as the Business Man. 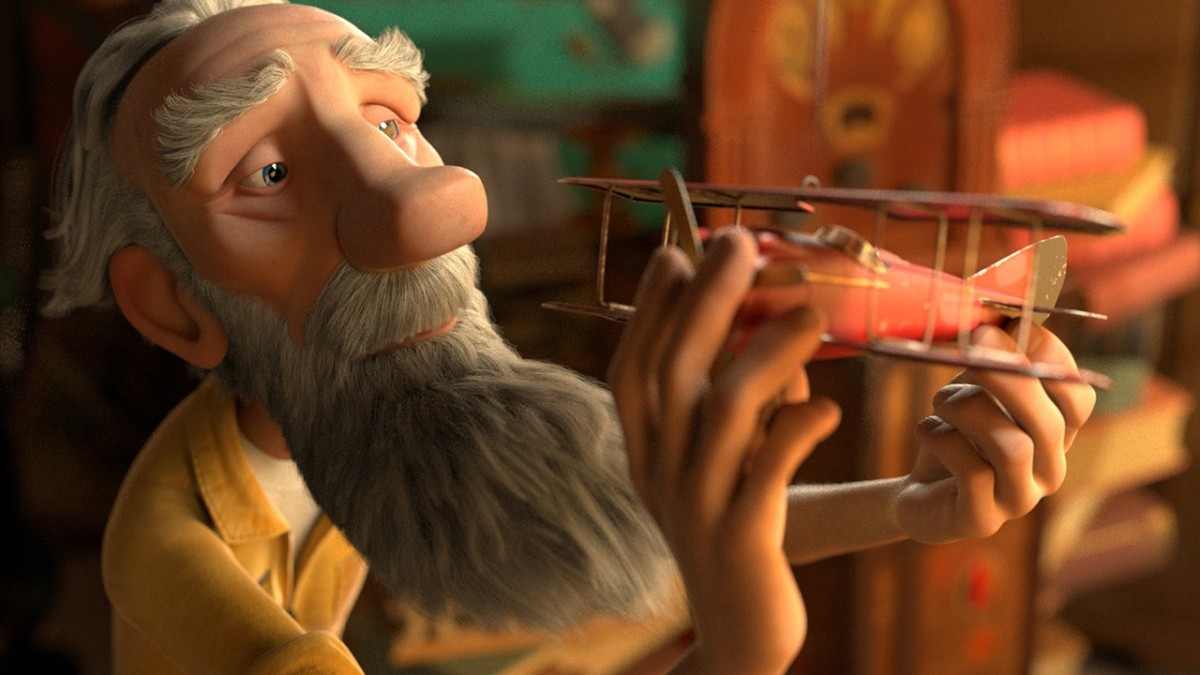 The film itself has a wonderfully unique animation style that was a merger of stop motion looking animation and clean and crisp animation that was masterfully fastened together by Osborne.

The film was as funny as it was sweet and struck the perfect balance of the importance of child’s development of daring to be yourself and adult oriented entertainment.