Welcome everyone to a very special episode of Podcasting Them Softly’s For Your Ears Only series. Today we are going to discuss Martin Campbell’s return to the Bond franchise with CASINO ROYALE. Released in 2006 this was Daniel Craig’s debut as James Bond, based on Ian Flemings’s first Bond novel of the same name. Featuring an amazing cast coupled with Chris Cornell’s show-stopping title song, CASINO ROYALE had a worldwide box office total of 600 million and went on to win a bounty of BAFTA awards and Daniel Craig became the first actor to be nominated for a BAFTA for portraying James Bond.

What makes this episode so very special, is that we are joined with returning guest and one of our favorite filmmakers Wayne Kramer and actress Ivana Milicevic who co-starred in both CASINO ROYALE as Valenka – Mads Mikkelson’s girlfriend, and Wayne’s neo-noir masterpiece, RUNNING SCARED. 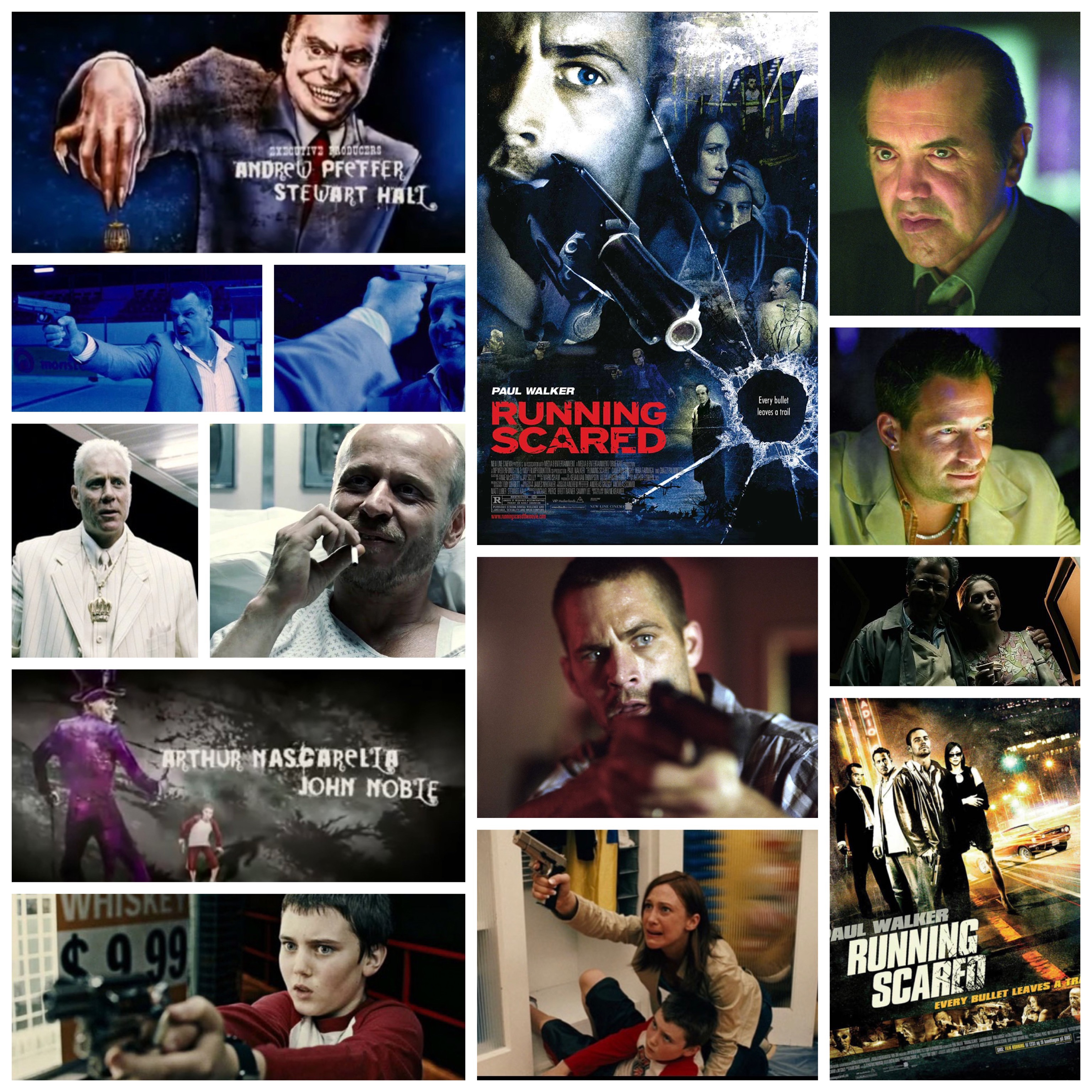 On the DVD DVD cover of Wayne Kramer’s Running Scared, Pete Hammond of Maxim raves that it “makes Kill Bill look like Sesame Street.” That’s one way to put it. I’m sure he didn’t mean to blunt the edge of Tarantino’s film, he was just trying to articulate what a balls out, terrifying, kick-in-the-nuts experience this is. It’s one of the most brilliant pieces of crime filmmaking from recent years and one of my all time favourites, a dark, bloody urban fairytale that surges through a nocturnal ballad of explicit violence, mob war-games, monstrous characters and a performance from Paul Walker that has to be seen to be believed, and I mean that in the best way possible.

He plays Joey Gazelle here, a Jersey mob soldier who loses a very important gun left in his possession following a rigorous shootout with a gang of corrupt narcs who raided their drug deal. The kid next door (Cameron Bright) has snatched the pistol from his basement, used it to plug his heinously abusive Russian stepfather (Karel Roden) and disappeared into the night with it. This presents Joey and everyone else with no end of problems; if the surviving narcs, the Russian mafia or anyone else manage to get ahold of it, he and his colleagues are done for. It’s one of those hectic, delirious, ‘run all night through the city films’ where seemingly anything can, and does happen. It’s a mad dash through a town filled with freaks, monsters, corruption and the hum of barbaric nighttime activity. Poor Oleg, after stealing the gun, is launched from the frying pan into a city on fire with danger around every corner, the cops relentlessly on his tail headed up by Chazz Palminteri’s devilish Det. Rydell, plus both Joey and his wife Theresa (Vera Farmiga) looking for him too. Among the threatening figures he meets are a nasty, cartoonish pimp (David Warshofsky), feral crackheads, a sympathetic hooker (Idalis DeLeon) and two horrific child abusing kidnapper/murderers (Bruce Altman and Elizabeth Mitchell, forever in my head now as these characters) who are so messed up that the mid film sequence devoted to them is the ultimate barometer in discerning whether you can take what this film has to offer or wish to tap out of the chokehold it locks you in. One thing that’s always apparat: this isn’t just commotion flung at a wall, despite feeling that way some of the time. This is intricate, well spun storytelling that’s shot, edited and colour timed in ways that vividly bring all of this to life. One need only look as the unsettling, surreal animated credits to see that this isn’t just your average action crime film, but very well thought out, very specific and a piece that pushes the envelope to bring us something special.

Walker gives the best work of his sadly short career here, he’s energetic, in the moment and completely fired up to the edge of mania where he quite literally has to stop and take a breath at one point. Farmiga is the same, fearsome in the maternal instinct she has for Oleg, she reaches a level of scary when encountering the aforementioned pedophiles that will leave your adrenal glands in go mode. The film is chock full of outright dastardly motherfuckers, as if Kramer plumbed the depths of Hollywood hell for the worst of the worst villain stock in the stable, removed their leashes and muzzles and turned them loose in his film. Warshofsky is Joker material as the pimp, clad in an immaculate white suit and cheerful in threatening both women and children with a shiny switchblade. Johnny Messner is pure evil as Joey’s gangster boss Tommy, Arthur Nascarella channelling his inner Goodfellas as his dad and the Don of their operations. Roden is a sinister force of nature as Anzor, the nasty Russian stepfather with a meth habit and one unhealthy obsession with John Wayne, while Lord Of The Rings’s John Noble is impossibly sadistic as Ivan, head of the Russian syndicate. The women in the film are all an angelic and comforting presence, from Farmiga to the hooker (pay attention to the colour of her dress) to Ivana Milicivec as Oleg’s tragic mother, they serve as refuge from the night’s storm as best they can. It seems like I’ve described a lot here or spoiled some things but really I’ve only scratched the surface of this piece. It’s so fresh, potent and full of life that experiencing everything I’ve just laid out for yourself will feel absolutely new and invigorating, if daunting at the sheer titanic level of unpleasant human behaviour on display like a twisted circus trundling by, showcasing the dark underside of urban Americana.

Kramer has stated that he wanted to make the kind of gritty film you might have seen playing in the 70’s, and if anything he has fiercely committed to the adage ‘they don’t make ‘em like they used to.’ This film is unique in excess, style and atmosphere, from the assured yet riotous direction to the pitch perfect, profanity laced performances to the eerie, pulp infused score by Mark Isham. I don’t think people were quite ready for this film when it came out because it earned itself some very hostile reviews. I think that comes with the territory in a story this extreme, it’s just not going to be everyone’s thing, but many confuse personal taste with quality, and this is in no way a bad film but perhaps just ahead of its time. For me it’s already a classic, a film I’ve probably seen over thirty times since being awed and slightly scared speechless after the first round in theatres. I think I didn’t know what I was in for based on marketing, and the experience I got both humbled and terrified me at what is possible through visual storytelling. I think that’s one of the best effects a film can have on you. Masterpiece.

We are incredibly proud to present a two hour conversation with filmmaker Wayne Kramer where we discuss his fantastic filmography of THE COOLER, RUNNING SCARED, CROSSING OVER and PAWN SHOP CHRONICLES and he briefly teases his next project.  Wayne discussed at length his filmography and talked about his knack for casting amazing ensembles.   Wayne also discusses his love for film scores, particularly that of John Barry and his influences of film noir, 1970’s crime films and the collective work of Brian De Palma.  We would like to thank Wayne for being so gracious with his time.

All of Wayne’s films are available to purchase via Amazon.com, by disc on Netflix’s mailing service, and to rent or own via Amazon Instant Video, Vudu and iTunes.