Russell Mulcahy’s Talos: Tale Of The Mummy is a fascinating failure of huge proportions, a well casted, unbelievable muck-up that has to be seen to be believed. When your low rent Mummy flick comes out at pretty much the same time as Stephen Sommer’s classic The Mummy, you know you have no shot at getting it out there past a few cable runs, especially when the film has been plagued by one nightmare of an editing fiasco from day one, not to mention low budget and more pacing issues than spastics in a sack race. There’s two apparent versions of it, a 115 minute international cut that was edited down to 88 minutes because of some humour that was in bad taste and aforementioned pacing problems. I saw the shorter version, and I can’t imagine the flow of the film being any worse than what I bore witness too, so maybe they should have just gone with the original cut, but who can really say. The film is essentially just two very cluttered, chaotic prologues jam packed with cameos and creaky special effects, and then one long boring extended horror sequence set in London, so you never get the feeling that they knew what they were doing before the editing process even commenced.

The opening sees archeologist Christopher Lee unearthing some ancient tomb in Egypt with his assistant (Jon Polito), both getting very quickly dispatched by some evil via a flurry of visual effects that are either really cool or really bad, jury is still out on that one for me, they’re just weird more than anything. Skip ahead some years and yet another team falls victim to this Talos Mummy thing, led by Louise Lombard, Brit tough guy Sean Pertwee and Gerard Butler of all people, in what is probably his first movie gig ever. Flash forward to London some months later, we see the Mummy thing roaming around killing people at will, and also seemingly at random. Two detectives played by Jason Scott Lee (looking very out of place in England) and Jack ‘Commodore Norrington’ Davenport investigate and the story just loses itself to nonsensical doldrums and lame ‘scares’ for the rest of the duration. Shelley Duvall bizarrely shows up as a journalist, as well as Honor Blackman and the Sean Pertwee character, now a raving madman who no one will believe when he says the Mummy is out to get them. I’m still aghast at the sheer number and variety of notable actors Mulcahy got to appear in this thing, most of them fleeting or short lived but still making hilarious impressions in a story they had to know was just plain silly. There’s a few things that work; the FX in the Christopher Lee sequence are a neat, schlocky blend of CGI and practical and work on their own scrappy terms. There’s a very brief flashback sequence to Ancient Egypt that shows how Talos became an evil creature that’s visceral and well designed, but doesn’t last long enough to boost the overall quality. Everything in London with the two cops is just laaammee though, and drags it all down the sewer. Talos there resembles a filthy shower curtain that went through a paper shredder and subsequently got carried away by a strong gust of wind, neither remotely scary nor stylish, just your average half assed B flick monster. Worth a watch simply for the odd spectacle of it all, and for research purposes.

Edward Khmara grew up in California and had the desire to become an actor when he sold his first script and his career was set in motion. 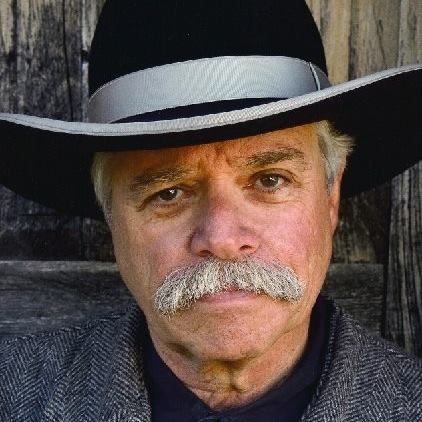 It was not the first script he’d written, but he was the one that got him noticed. It was a little film called Ladyhawke. But, as all first-time screenwriters know, once you make that sale, you have very little input into the journey your film will take from there.

Still, now a screenwriter, Edward would go on to pen one of the truly great, often forgotten gems of the eighties, Hell in the Pacific in outer space: Enemy Mine. This time he would right in the middle of it all. From being on set, to being invited to watch dailies, to having to comfort his daughter after her terrifying encounter with a completely transformed Louis Gossett Jr. in his Drac make-up. 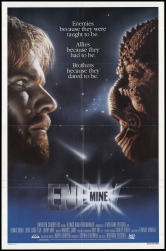 Like most folks who have worked in show business, Edward has known the lows as well as the highs. But those negative experiences didn’t discourage him as he charged ahead, tackling to legends. One in the form of a lavish television production with an all-star cast; Merlin would be the telling of Arthurian days solely from the perspective of the mythical wizard. Then of course there would be his work on the retelling of the life of another legend, one who achieved this status during his own lifetime, Bruce Lee.

But one of the truly heart-warming moments of our conversation was chatting with Edward about him finally getting his shot at the profession he sought after before he took to the typewriter – his part in Gore Verbinski’s Lone Ranger.

A true gentleman of the old school, full of great tales and tremendous experiences – it was a real pleasure to interview him and now to present to you my conversation with the legendary screenwriter (and sometimes actor) Edward Khmara.

Before poor Paul W.S. Anderson made a fatal misstep with Alien Vs. Predator and was maligned, he made a few really excellent genre flicks back in the mid to late 90’s, one of them being the mostly forgotten and excessively fun Soldier, starring a mostly mute and wholly badass Kurt Russell as a genetically bred super soldier who has fallen on hard times. His name is Todd 3465, and he’s from the last line of soldiers who are in fact real humans, albeit altered. There’s a new program moving in, wherein actual replicants are produced, rendering Todd obsolete. The head of the new outfit is sadistic Colonel Mekum (Jason Isaacs in full evil prick mode), who wants to do away with anything that isn’t state of the art. Todd is thrashed in a one on one smackdown with Mekum’s lead soldier (Jason Scott Lee), and then left to die on a remote planet used only for trash disposal and inhabited by wayward crash survivors who scavenge what they can. Todd is immediately the outsider, an unfeeling asset bred only for combat and alien to human qualities. A few among the group, including their leader Mace (Anderson regular Sean Pertwee) and Jimmy Pig (Michael Chicklis) attempt to connect, but it’s gorgeous Connie Nielsen who finally breaks the ice. He may be conditioned to kill, but he’s still a human man after all, and there’s some base instincts you just can’t ignore. Trouble brews when Mekum shows up again, that bastard. Now he wants to vaporize their planet on the grounds that the refugees are essentially squatting. Undermining him is Todd’s former boss Church (an unusually restrained Gary Busey), an honorable military veteran who’d love to put Mekum six feet under and restore order. Todd must help his newfound friends, fight tooth and nail against replicants and win his superiority back. Russell is a tank in the role, letting both silence and action speak volumes, a one man old school ass kicking hero of the highest order. The world building and outer space effects are incredibly fun, the villains are broadly characterized with the force of a western, and the whole film knows what people want for a good time at the cinema. Oohh and fun fact: this takes place in the same cinematic universe as Blade Runner, and you can listen for the brief tie in reference that only die hards will pick up on. Great stuff.