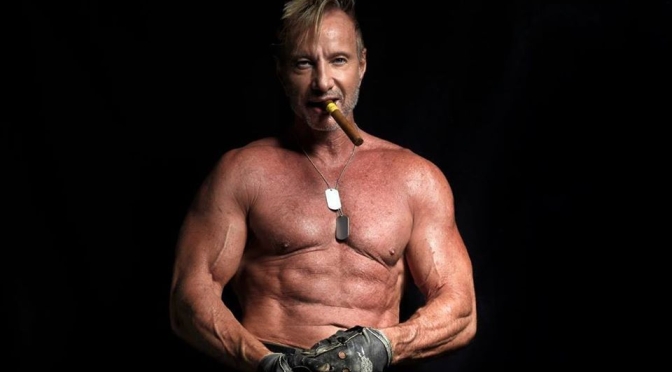 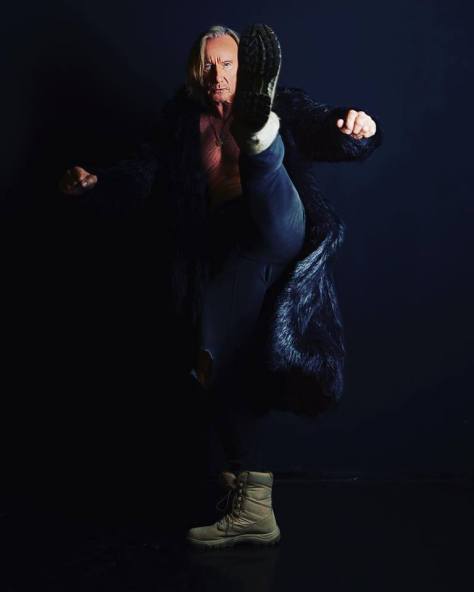 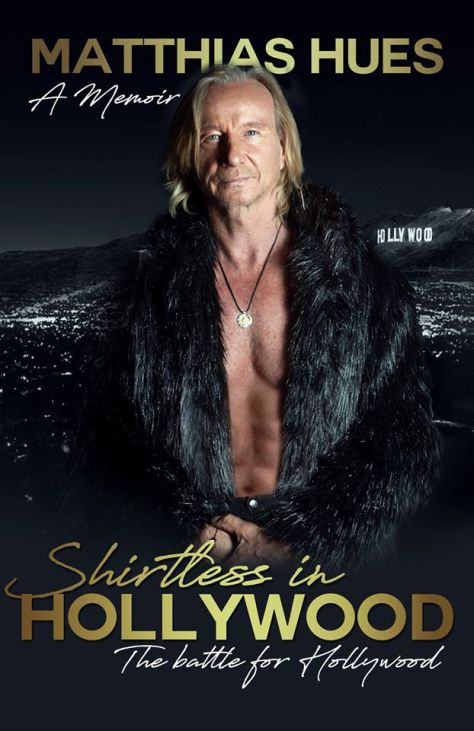 In 1986 Matthias Hues came to Hollywood without a shirt . . . or, little more than the shirt on his back. And it is without a shirt that he has built a career that continues to not only grow, but evolve. Like his predecessors, peers and the now emerging class of action stars, the mantra has really become adapt, or fade away. But really…it has always been that way. 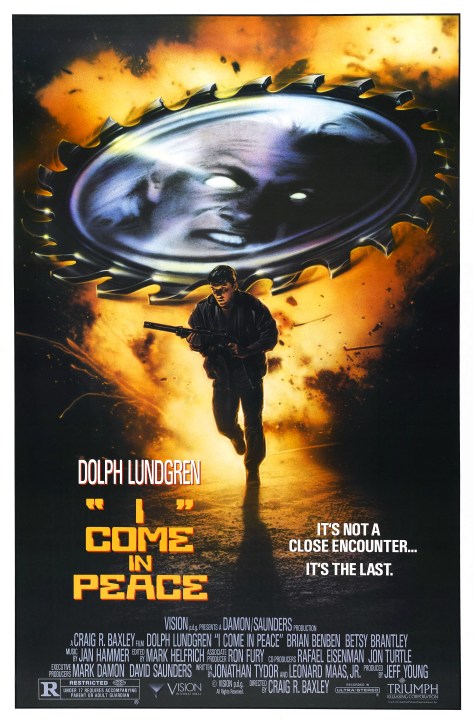 Shirtless in Hollywood charts its course through the movie world that is at once bright and shining, as well as being dark and loathsome. Matthias has seen the incredible heights and the deep, lonely valleys which await everyone looking to get their hands on a slice of the pie of stardom. Through it all he has remained grounded. Warmed by those whom he trusts, sharpened by those with whom he has shared the screen, and tested by fame and fate at each and every turn.

Matthias’s book is compelling because it is not merely a tale of the glamorous life of a movie star. Instead it is a very human story for which his memoir’s title carries a double meaning. He came with little but the shirt on his back and then set about forging a career out of his physical gifts, to the point where esteemed action director Craig R. Baxley said, “If anyone is going to take their shirt off, it’s going to be Matthias.”

He has thrived alongside resident action men like Dolph Lundgren, Ralf Moeller, and Alex Nevsky. He has been mistaken for Fabio and a star of a film he wasn’t even in (Die Hard). He is a real salt-of-the-earth kinda guy, that hasn’t let it all go to his head and hasn’t let it all come crashing down as the cinematic landscape changes. 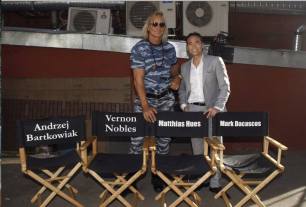 Matthias is still an imposing figure, and it was a thrill to chat once again with a Hollywood idol who I think is going to have a great resurgence – if indeed the project that he discussed with me gets off the ground.  Still, as much as he has overcome, Hues is man of quiet satisfaction who has found that real paradise does not exist between ‘action’ and ‘cut’. This huge Liam Neeson fan has gifted us all with his incredible tale and take on a business that can chew you up and spit you out . . . but only if you let it. 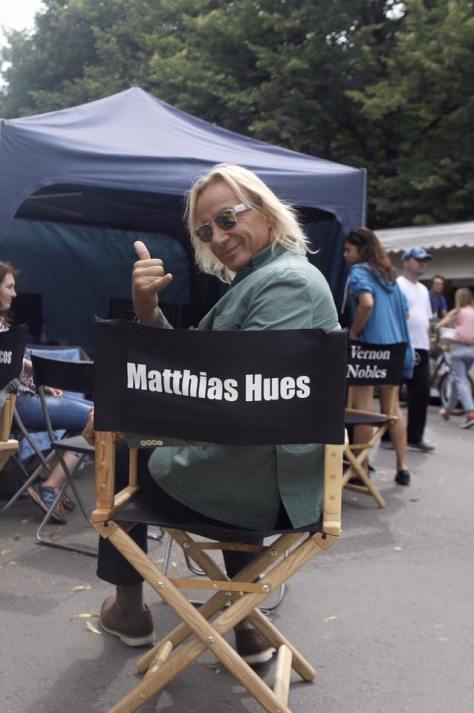 Shirt on, or shirt off, I think Matthias Hues is a legend . . . so kick back and join us as we take it all off and dive into the memoir of a grand gentleman of the old school who’ll still tell you, “I come in peace.”

Scott Windhauser might seem to have simply fallen out of the clear blue sky recently. Truth is, he has been in the game for quite some time. He worked his way up through the ranks, paying his dues, making connections – but all the while, working quietly on his own scripts.

The turning point came when he wrote a screenplay. You know the one, the kind of script that gets you noticed, that gets them to return your phone calls, that’s peaks the interest of the movie gods. Now I’m not going to spoil it here, you’ll have to have a listen, but the premise was really cool stuff.

But, as things often happen in Hollywood, another picture, that took place in a similar setting, came out around the same time and the backers started backing away. It’s times like these that separate the men from boys. It’s like Michael Douglas’s line in The Ghost and The Darkness, “Everyone has a plan until they’ve been hit. Well my friend, you’ve just been hit. The getting up is up to you.”

Scott did a little better than just getting back on his feet. He went back to the forge and starting producing a veritable war chest of material, most of which is on its way to release as we speak. There’s some that Scott has also directed like Dead Trigger starring Dolph Lundgren as well as Cops and Robbers with Tom Berenger and Michael Jai White. Then there’s the Rob Cohen(The Fast and The Furious, XXX) directed Hurricane Heist (or Category 5 as some of the advertising is calling it) and Tsunami L.A., along with numerous other projects big and small in the works as well as on the way either this or next year.

Scott Windhauser folks. His is a name you may not have heard, but the times they are a changin’. He fought his way through the minefields of La La Land, he’s given a script a ‘Nic-polish’ (have a listen, all shall be revealed), he has even bumped into John Williams, the man who wrote the cinematic themes of our youth.

This all adds up to a great interview folks, so please, press play and learn about the man who is quickly becoming a name to take notice of.

(The Password to watch ‘DEAD TRIGGER’ trailer below is: zombie) 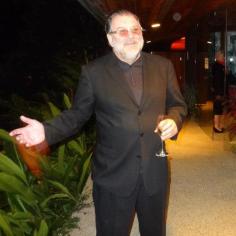 Podcasting Them Softly is incredibly proud to be joined with veteran producer Evzen Kolar whose credits include STREET SMART, the epic Cannon Film’s MASTERS OF THE UNIVRSE, DOUBLE IMPACT, SURF NINJAS, and a film that was made to be a featured film on Pocasting Them Softly, the 1997 hardnosed neo noir CITY OF INDUSTRY.  Evzen also produced the soundtrack that is a must own for any cinephile soundtrack junkie!  Before becoming a producer, Evzen worked as an assistant director, a unit manager on NEVER SAY NEVER AGAIN, and he has also done some stunt work.  Unknown to us prior, Evzen is married to Robert Shaw’s daughter, and we spend a fair amount of time talking about Robert Shaw!